I first visited Bond Falls in August 2008, and I believe at that time I was by myself. While there are numerous waterfalls in the vicinity, Bond Falls seems slightly isolated. Agate Falls is further downstream, but there is still some distance between the two, and it does require some out-of-the way driving to get to Bond Falls. It’s definitely worth it, though. First of all, the Upper Peninsula is absolutely beautiful, so the drive off of the main roads is no problem. Second, Bond Falls is what I would consider one of the top ten waterfalls in Michigan.

At 50′, Bond Falls is nowhere near the tallest falls in the Upper Peninsula. I’m a firm believer, though, that just because a waterfall is tall does not necessarily mean that it is interesting or beautiful. Bond Falls more than makes up for its still impressive height by being very wide, at least 100′ as it spreads out at its base. Because of its width, the location of the walkway, and the trees in the middle of the falls, it can actually be rather difficult to photograph the whole falls. There are a number of different places to experiment getting great shots, so it’s likely you’ll end up with at least one great all-encompassing shot.

When I revisited Bond Falls with my father in late September 2010, the falls were at their peak beauty. The day was beautiful (which can be difficult to find in Michigan in fall), the trees were just beginning to change colors, and Bond Falls did not disappoint. If you have the chance, visit the Upper Peninsula during the fall color change. 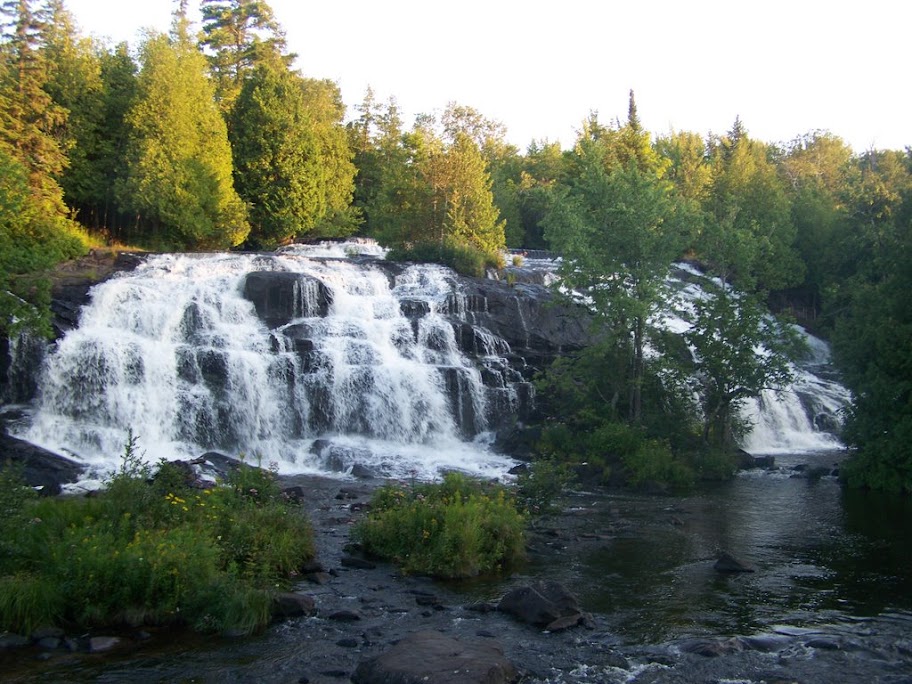 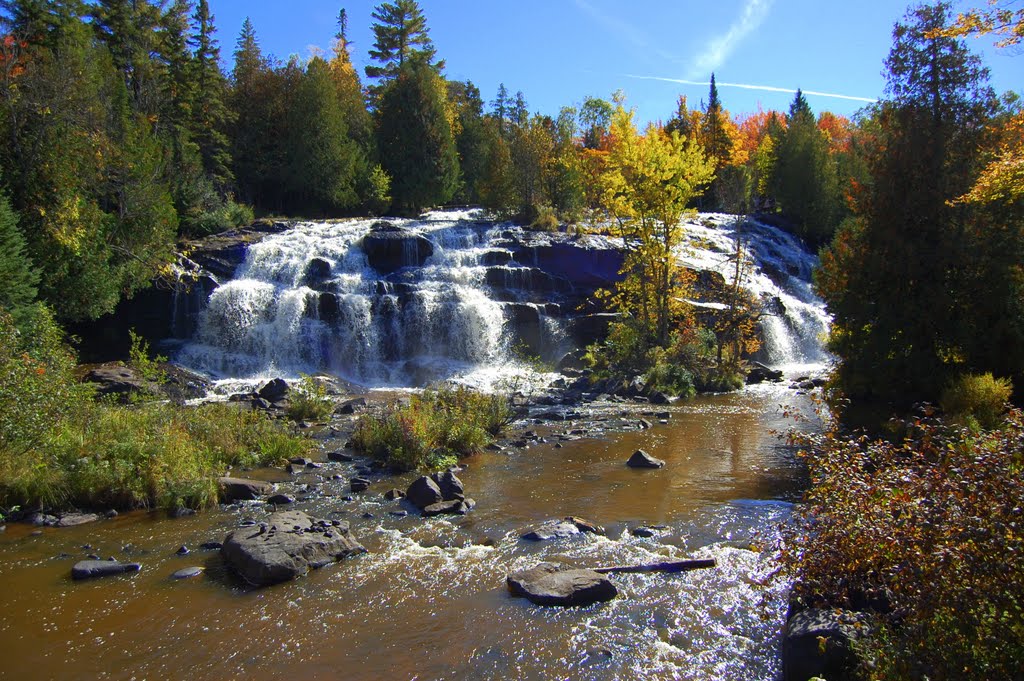 Where in the World is Bond Falls?