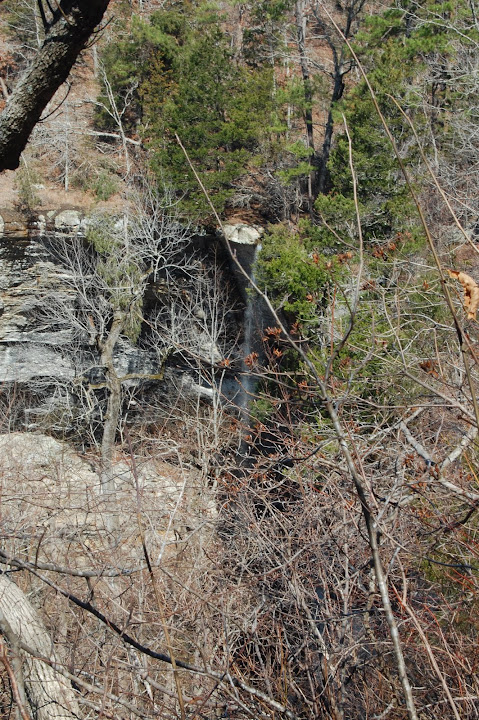 I just got back from waterfall hunting in Arkansas (and a side excursion in Oklahoma), and I’m trying to decide which waterfall to start with. Do I start with one of the more exciting waterfalls, or do I start with a waterfall that seems more representative of my experiences.

I guess the second seems to be the better option. I was very excited to visit waterfalls in Arkansas, as it looks like there are a number of taller waterfalls in the Buffalo River region and the Ozarks in general…that was my impression. This may have been one case of higher expectations not necessarily being met…but oh well.

Even finding Dewey Canyon Falls proved to be more difficult than I imagined. After following the directions, I spent a while trying to identify where the heck I was even supposed to go. GPS helped me identify the best place to park, and then I just hoped that was the right place! Luckily, I was going to see at least 1 or 2 waterfalls that day, after searching for four others without any success.

There are major bluffs in Arkansas, which present a challenge, but luckily there is a way to get an OK view of Dewey Canyon Falls, and it’s nearby neighbor Bumpers Falls. It really depends on finding the trail that leads to the falls, though this was the one case where bushwhacking wasn’t too bad. Once I got there, though, the small amount of water made it more difficult to photograph. Oh well…

Where in the World is Dewey Canyon Falls?