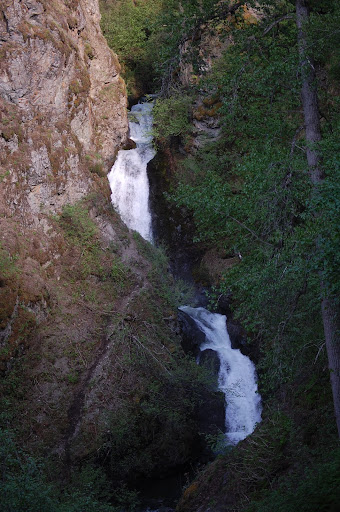 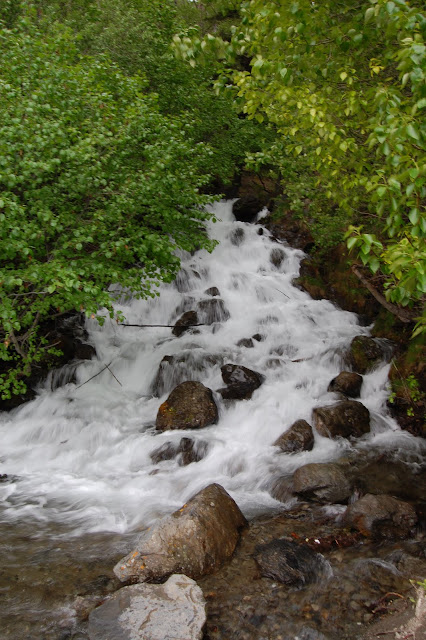 There are a number of interesting drops along the Alaska coastline that don’t get frequently mentioned.  I understand that they are not always that large, but they are still very easy to visit, so why not do so.

One such example is Falls Creek Falls, which is right off of the Seward Highway south of Anchorage in Chugach State Park.  I think I pulled off on a whim to see whether there was any significant waterfall, and there is something there.  It would probably be better described as a cascade.  There is a trail that climbs almost 3000′ feet in about 2.7 miles, and while I had no wish to do that, you will still get a great view of some idyllic cascades.  Even with out the cascades, the area along the Alaska shoreline is intensely beautiful.

Where in the World is Falls Creek Falls? 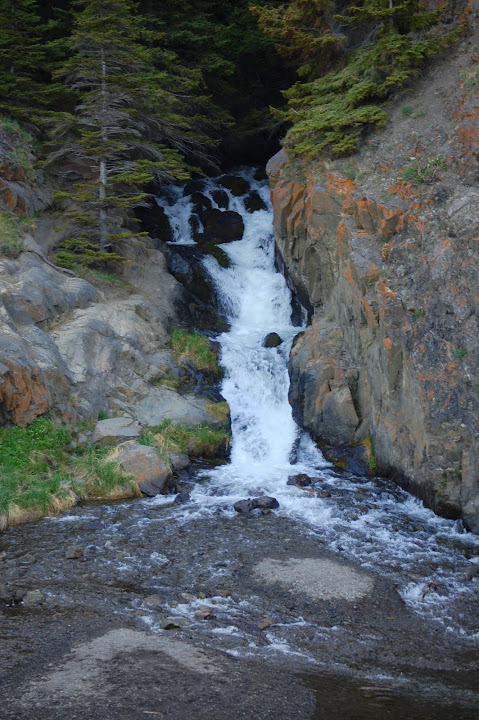 I have to admit McHugh Falls doesn’t have a huge amount of appeal.  It’s a rather small waterfall, and I don’t like to discriminate against waterfalls, but you really can’t get very close to it.  With small waterfalls, they’re best enjoyed nearby, not behind a fenced area.

It’s one redeeming quality is that it is very easy to visit.  I believe there are a number of unadvertised waterfalls in Alaska, but how many are actually accessible?  This is one of the few that is accessible.  As you driving south along the Seward Highway from Anchorage, you’ll enter Chugach State Park (which is very expansive), and pass the parking area for McHugh Falls.  There’s a $5 daily fee to enter the park, which I always support paying, though the first time I visited, I just got out of the car and took a few photos, and then left.  There is a trail that leads somewhere, though I’m not sure where.

Where in the World is McHugh Falls? 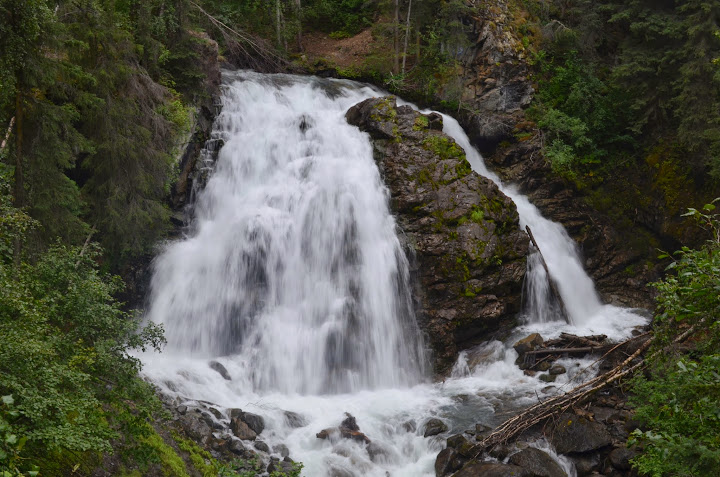 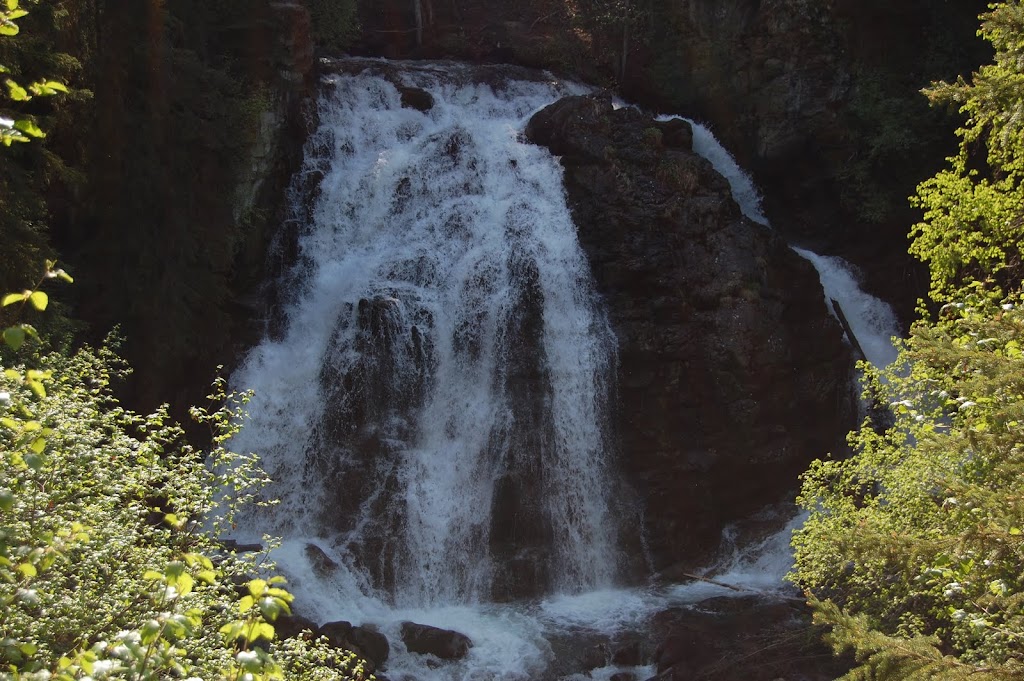