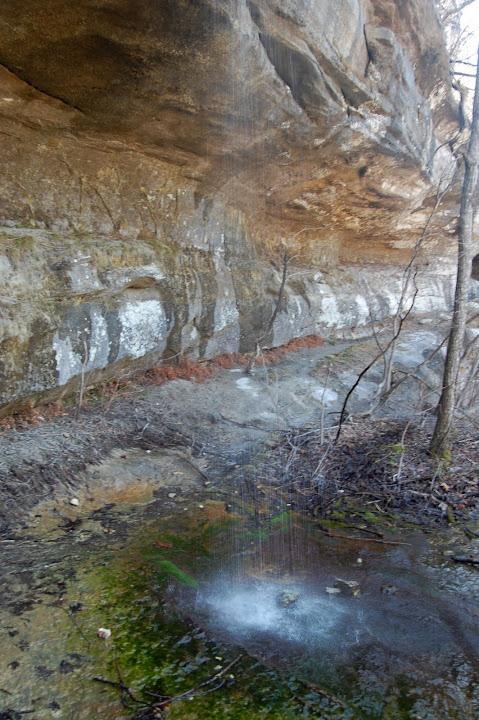 I’ve already posted about Bumper Falls’ nearby relative, Dewey Canyon Falls, so I’ll let you go over there and read more about that specific falls and some observations about Arkansas waterfalls. I had some difficulty in viewing many of the waterfalls, if I could find them in the first place. Bumpers Falls was one of the few that I could both find and view.

If you find the right path, which just requires a little careful observation, you can get to the base of the falls, and actually walk behind them. And be careful…There are some large drops near the falls, but walking away from the falls, you may begin to notice the drops lessen. At the right point, you’re safe, and you can get to the base.  When I got there, there wasn’t much water, but at least I could see something! This is probably best viewed after a LOT of rainfall.

Accessibility: 9/10 (Easy, If it seems harder, you haven’t found the right trail…this is from experience!)
Height: 27′
Length of Hike: 0.4 miles round-trip

Where in the World is Bumpers Falls?