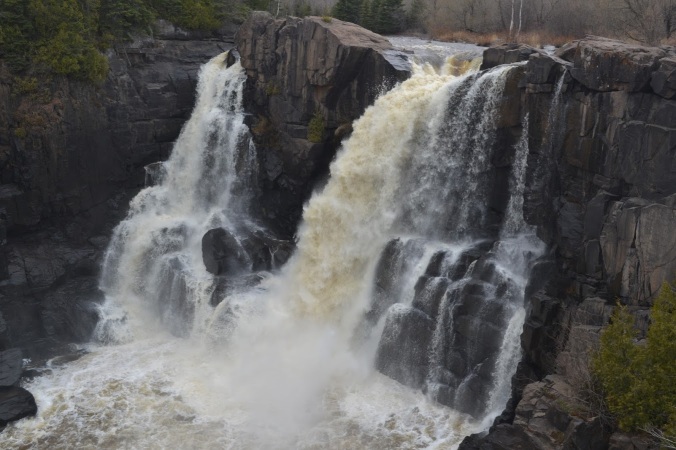 I’ve looked for waterfalls outside of northern Georgia, where there are many, and didn’t seem to have much luck. I found a few outside of Atlanta, though they didn’t seem particularly big. I then logged onto AllTrails (which you should download), and noticed there was a state park called High Falls State Park. I found out there was a waterfall there, and it looked pretty interesting. (It’s other name, Towaliga Falls, sounds much cooler.)

It wasn’t a difficult drive from Atlanta, only about 50 miles or so, and directly off of I-75. Once driving to the state park area, it was pretty easy to find the falls and it was an extremely easy hike. I was surprised at how wide this waterfall was. The sign says it drops 100′, but that is over a relatively long distance. The main falls are probably 50′ or so, and there is a portion that is difficult to see. There wasn’t anybody else there, and it was pretty early in the morning, so it was extremely peaceful. If you’re looking for an excursion from the Atlanta area, this would definitely be a great option! 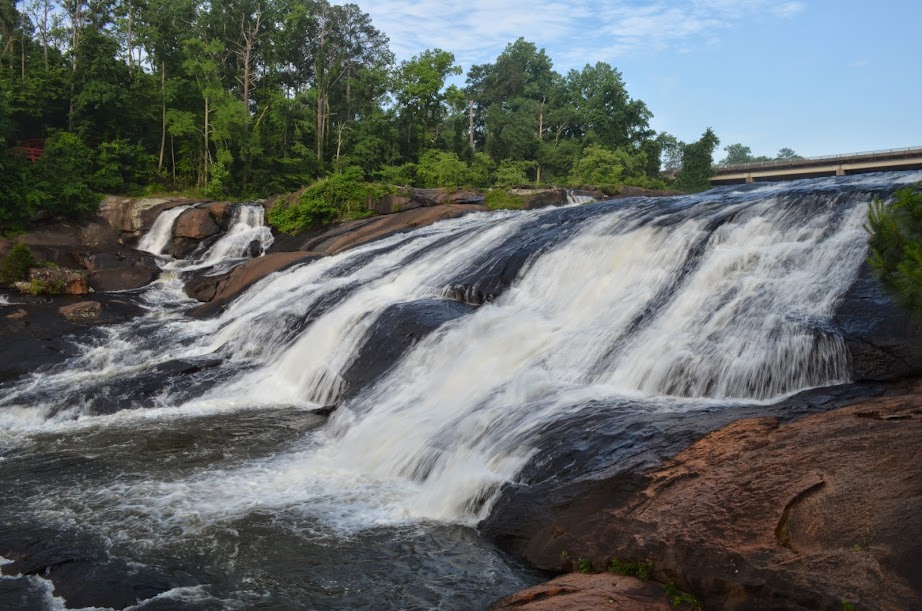 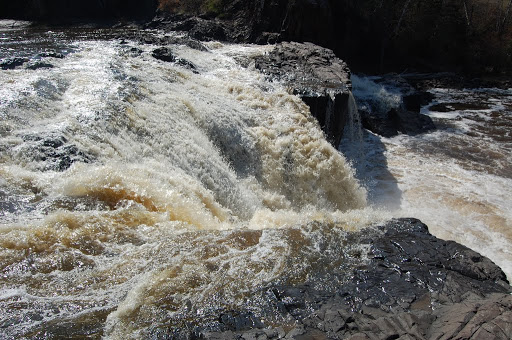 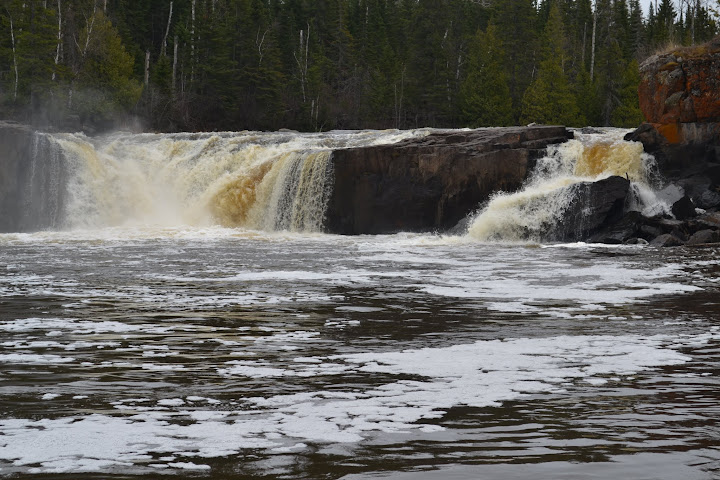 Illgen Falls is the upstream relative of High Falls on the Baptism River. While it is not as interesting as High Falls, it is much easier to visit, and that’s a good reason to stop and visit the falls.

High Falls requires a hike that is of moderately easy difficulty. It’s not really long, but it still does take some time to get to the falls. When you are there, though, you can get an absolutely great view from the base of the falls. Illgen Falls, on the other hand, requires very little hiking. It’s about 0.15 miles from the road right down a trail. When you get there, though, you will be at the crest of the falls, not the base.  This viewpoint of the falls isn’t the greatest, and in pictures, it leads to the perception that the falls aren’t really that large…when in fact Illgen Falls is taller than it appears.  There might be a way to get down the base, but I really didn’t care enough to hunt that option down. Sometimes you just have to enjoy what’s in front of you!

Where in the World is Illgen Falls?

Of the three waterfalls you can most easily view in the Dupont State Forest in North Carolina, Hooker Falls is the easiest of those three to visit. High and Triple Falls both require hikes up a steeper hill, though they are still clearly marked. There are many other falls in the area, though the trails can become a little bit confusing.

Hooker Falls is also the smallest of the three falls, and many people may skip in favor of the other two more photogenic falls. I had a fun time, though, at Hooker Falls. The height of the waterfall is not that significant, but that apparently makes it a favorite of kayakers. When I visited in early March, there were two kayakers actually plunging over the falls. I was excited to use my newer camera to capture the image as they plunged over the falls. That’s the only waterfall that I’ve ever seen somebody kayak over, so it sticks with me. 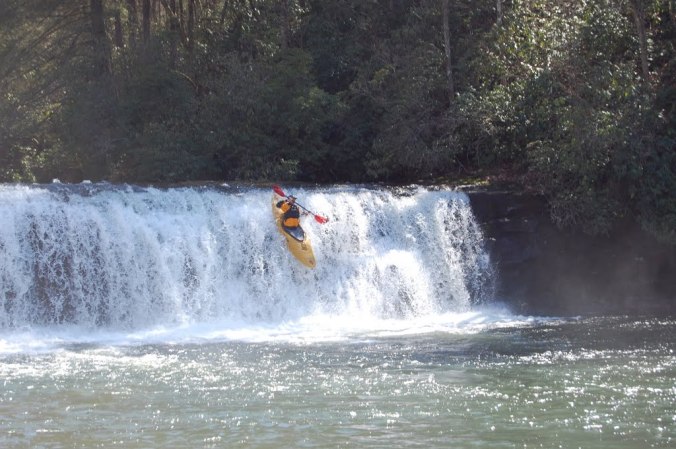 Where in the World is Hooker Falls? 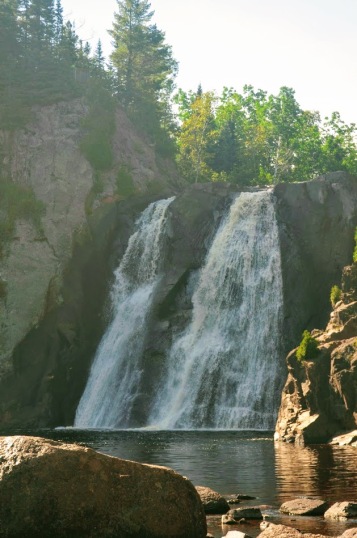 The High Falls of the Baptism River is a definite must see for North Shore waterfalls. It’s a truly powerful waterfall that is accessed by a beautiful hike. I hadn’t planned on visiting this waterfall until later, but since I was passing Tettegouche State Park, I decided to check out the falls. I had already walked some distance, and my feet were hurting after changing to a new pair of shoes.

At first, I was slightly confused about where to access the falls. I was using the book “Waterfalls of Minnesota’s North Shore”, and the book is rather useful, but I think that in the last year or so, some changes must have been made to the way to access the falls? I would check out the website for directions, but essentially you should enter the rest area for Tettegouche State Park and drive past the visitor’s center (and pay the fee if you haven’t). You’ll drive under the M-61 bridge and you should just keep heading down this newly-paved road to the end of the road, where you’ll see a sign for the trail center. This is where you start your short journey.

After visiting the beautiful falls, you can continue on to Two Step Falls from either side of High Falls. I would suggest following the path that is on the south side of the river. You can cross the Baptism River and go see the falls on the north side of the river, but the only way to get back to the parking lot after visiting those falls is to retrace your steps, which is why I would just go on the south side. I ended up not visiting Two Step Falls because it was getting late. (I did get a chance to visit Two Step Falls in August 2015.)

Where in the World is High Falls of the Baptism River?

Right next door to Upper Falls in Letchworth Park is this likely overlooked but very beautiful waterfall, Shadow Cascade. Shadow Cascade flows into the Genesee River, and once the waterfall passes below the bridge, it actually combines with Upper Falls, making the two pieces relatively indistinguishable.

The cascade is not that tall, but it is definitely worth visiting. You are only a hundred or so yards from the cascade as your standing next to the base of Upper Falls. If you continue further along this trail, I believe you can reach the railroad track that passes above Upper Falls.

Where in the World is Shadow Cascade?

There are three waterfalls on the Genesee River that are found in downtown Rochester, New York (Lower, Middle, and High Falls), and High Falls is the most scenic of the three. There is a beauty that comes from seeing how humans have interacted with waterfalls, and it’s especially true here.

Once you find parking, High Falls is very easy to view, as there is a pedestrian bridge that crosses the river. You can get many different views of the falls from the bridge. From the bridge, I think you can see remnants of other bridges down below in the river.