Clifty Falls State Park in Indiana (right near the Kentucky border) has four waterfalls that are 60+’ tall. It’s actually an impressive sight, as your brain may not associate Indiana with waterfalls, or especially tall waterfalls. The tallest waterfall in the park, at 83′, is Tunnel Falls.

I’m not sure what the perfect time to show up at the park is. I went in March 2014 and it had rained a bit, so most of the falls were at least running in the park. I noticed, though, that many of the falls are partially blocked by trees, so sometime when the trees don’t have leaves might be best. Now, there are a number of trails that lead to the base of some of the falls, but some of these hikes are long and/or strenuous, so I didn’t do any of those hikes (or wasn’t very successful at finding the trails). So you can view the four falls with shorter hikes, but you just won’t be able to guarantee the greatest of views. It’s still worth a visit if you’re in the area. 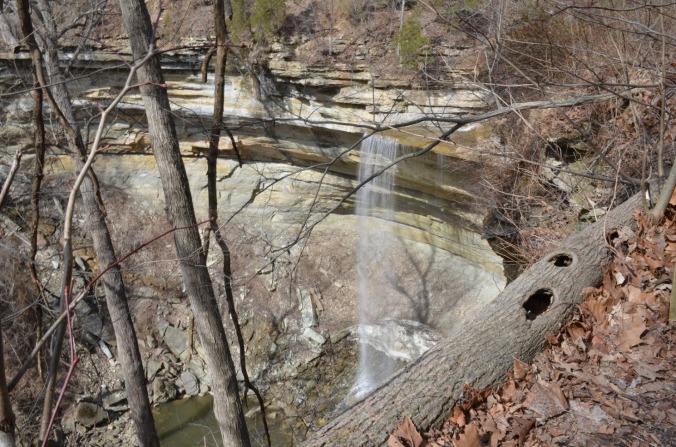 Where in the World is Tunnel Falls?

Waterfalls in Indiana are somewhat scattered throughout the state. You’ll find a few in one area, a few in another, making it kind of difficult to coordinate seeing a number of them at once. In northern Indiana, you’ll find a number of small yet interesting waterfalls within a few miles of each other. This waterfall is found at the Hathaway Preserve at Ross Run, while the other are found in nearby Salamonie River State Forest and Kokiwanee Nature Preserve.

I visited in May and I believe it had rained just the day before. (It was beautifully sunny when I was hiking to see the falls.) Many of the falls that wouldn’t normally be there were showing up. At the same time, this meant that some of the trails were very muddy and in some cases impassible. I did a lot of hiking up slippery slopes. Ross Run Falls definitely qualifies as the easier of the waterfalls to find, with relatively flat hiking terrain.

You might notice that the water looks very, very cloudy. Runoff from the rain definitely made the water opaque. It was fascinating to see the water in such a state. While this waterfall isn’t particularly tall, it was fun to find waterfalls in an area of the state that you might not otherwise expect waterfalls.

Where in the World is Ross Run Falls?

Kissing Falls in late May 2017

I had the chance to visit Indiana this past weekend, and decided to try and find some lesser-known waterfalls in northern Indiana. It took a bit more searching, but I discovered there were three locations within very close proximity that each had waterfalls. And you can visit all of these locations and waterfalls in just a few hours.

The first location I stopped at was Kokiwanee Nature Preserve. (Other falls can be found in Salamonie State Forest and Hathaway Preserve at Ross Run.) It has three named waterfalls: Kissing Falls, Daisy Low Falls, and Frog Falls. I had a sense some of these waterfalls might be seasonal, but as I was driving to the preserve, I saw many farm fields that had pools of water…this was a good sign.

I decided to enter the preserve from the less advertised starting point: a boat launch off of Stone Road. After looking at a map, I realized this might be a quicker way to reach all 3 falls. And it is, especially for Kissing Falls. When you get out of the car at the end of the parking lot, there will be a faint trail at the forest edge. This leads very quickly to the falls. (There is another trail that seems to lead to the falls further down the parking lot, but a sign says to go this other trail at the end…so respect that request.)

It was a short hike, about 0.1 miles one-way. As I followed the faint trail at the end of the parking lot, it quickly connects to a set of “stairs” (the ground has been groomed with pieces of wood to create these “stairs”). If you turn left and head uphill, you’ll again quickly see a sign that directs you to the waterfall trail. There’s a sign that says the hike is difficult, but I’m not really sure what they’re referring to. I guess if you head downhill and try to get to the base of the falls by hiking up the stream (if that’s allowed), it might be a bit more difficult. I wasn’t feeling particularly great, and decided to follow the trail that ran parallel to the creek. After a very short distance, I came to Kissing Falls (looking at it from above). I felt this was a fine enough view to take some shots and head to the other falls in the park. Because of recent rains, the falls were flowing pretty well, though I couldn’t avoid the afternoon sunshine.

Accessibility: 9/10 (easy, it was very muddy, so bring appropriate shoes)

Height: ~20′
Length of Hike: 0.2 miles round-trip
Where in the World is Kissing Falls? 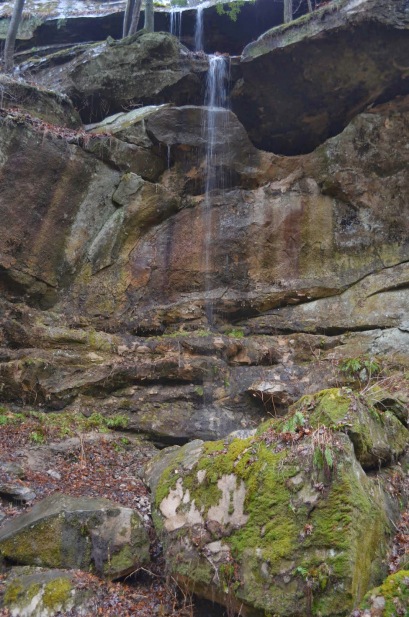 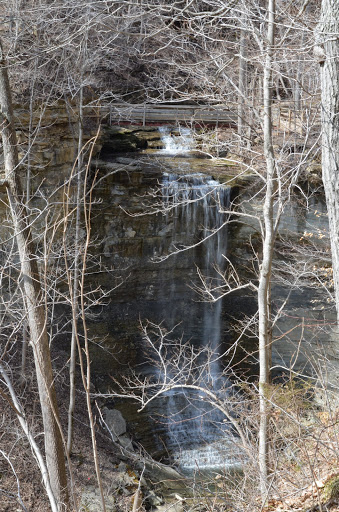 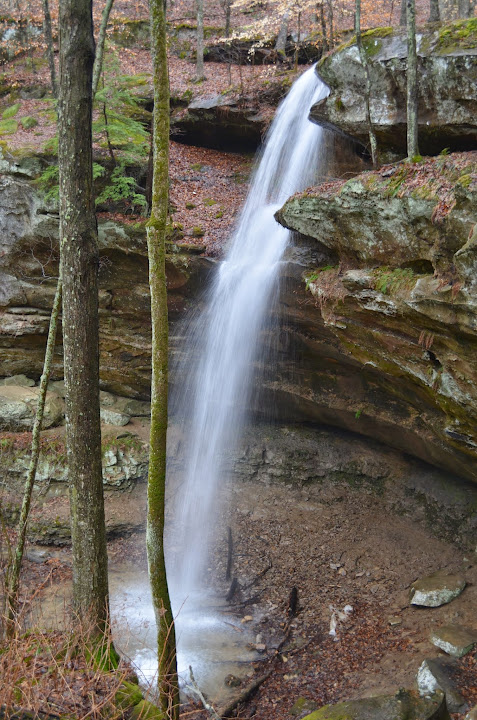 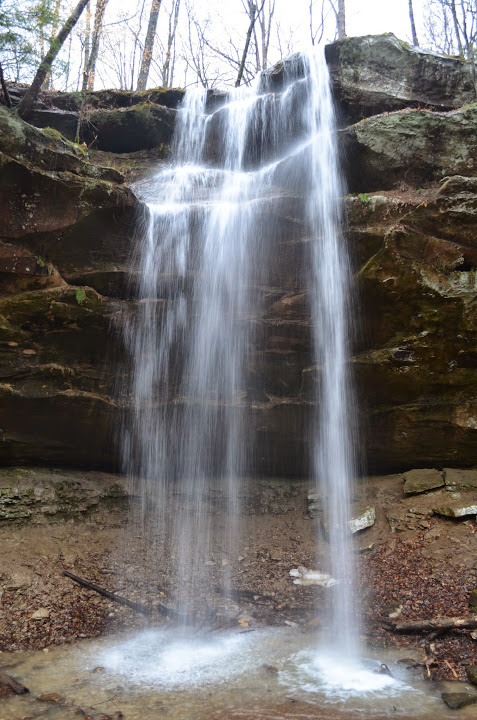 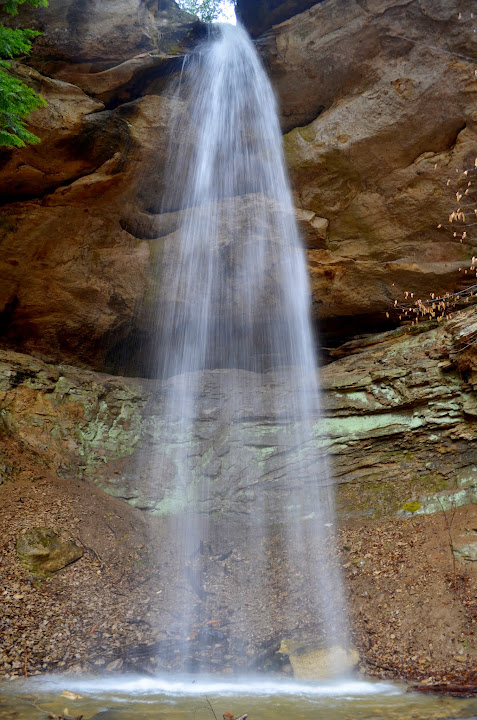