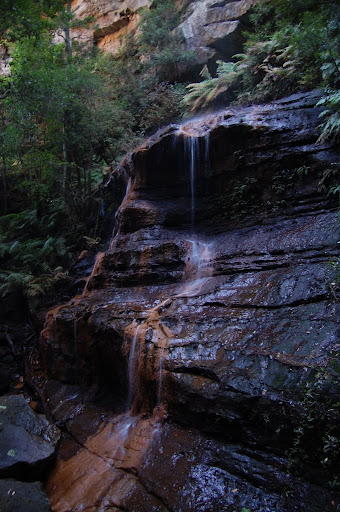 Even though Witch’s Leap is not the largest or tallest waterfall, it might go down as the most creatively named waterfall in the Blue Mountains National Park. I don’t usually provide much history behind a name, but this one is intriguing enough. Apparently, to early explorers, it looked like there was a witch’s face in lower portion of the falls. I’m not sure I notice it.

If I have the positioning correct, there are two visible portions of Witch’s Leap, but they can’t be viewed at the same location. I don’t remember the exact location I viewed the upper portion of the waterfall, but it was along the cliff walk near Katoomba Falls. If you decide to hike down to the base (or the base of one of the drops!) of Katoomba Falls, you’ll see the lower portion of Witch’s Leap. You walk directly past it on your way to that viewpoint. There isn’t much water flowing over the falls, though it would likely increase after a heavy rain. Other waterfalls in the park were flowing more even though it hadn’t rained in the day or two before. 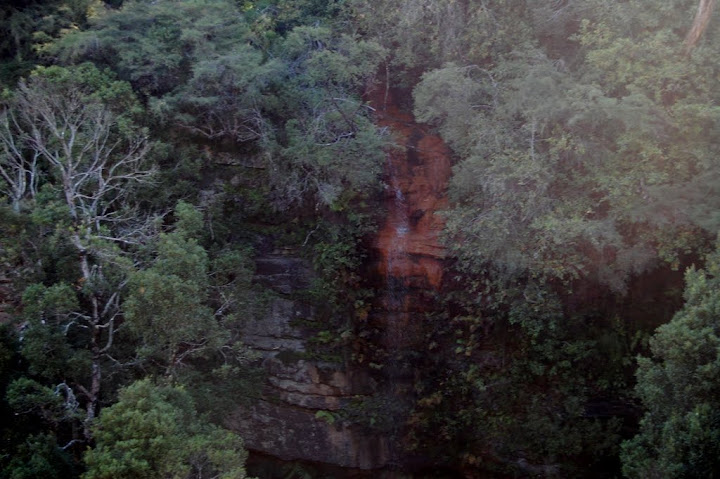 The upper portion of Witch’s Leap

Where in the World is Witch’s Leap?

About 2 hours outside of Sydney (by train) is Blue Mountains National Park. It is nearby the towns of Katoomba and Leura. If you have the time, it is definitely worth it to visit the park.  In addition to it being stunningly beautiful, there are also a number of waterfalls. Many of them are very easily accessed, and the Blue Mountains Explorer Bus can help with this.

I decided to try and find the Leura Cascades and Bridal Veil Falls, and in the end, this was not that difficult to achieve. I think on the way there, I just walked to the start of the trail, though I didn’t exactly realized that it was leading to the falls and the cascades. I think I visited Bridal Veil Falls first, because I then remember hiking uphill and stumbling upon the Leura Cascades. Both are along the same creek.  It was rather dark at the time, so it was somewhat difficult to capture the falls.  Sunset was quickly approaching.  It was an easy hop back onto the bus, and then a short walk to my lodging for the night.

Accessibility: 6/10 (moderate, there are some slippery parts here, though there are stairs, especially if you start at stop 17)
Height: ~45′
Hike: 0.6 miles round-trip 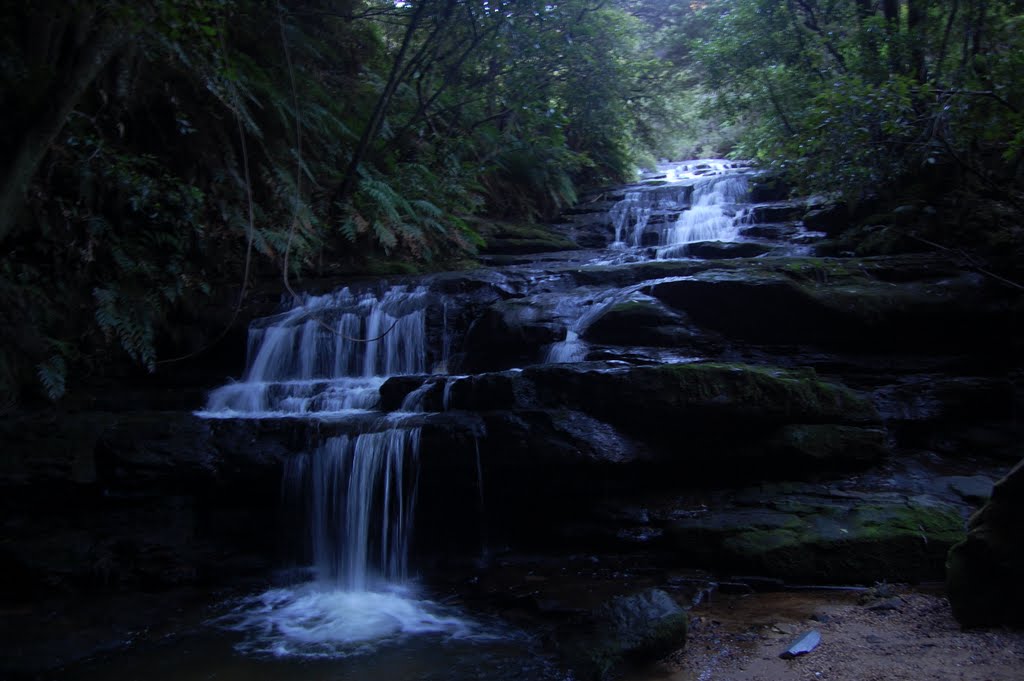 Where in the World is Leura Cascades? 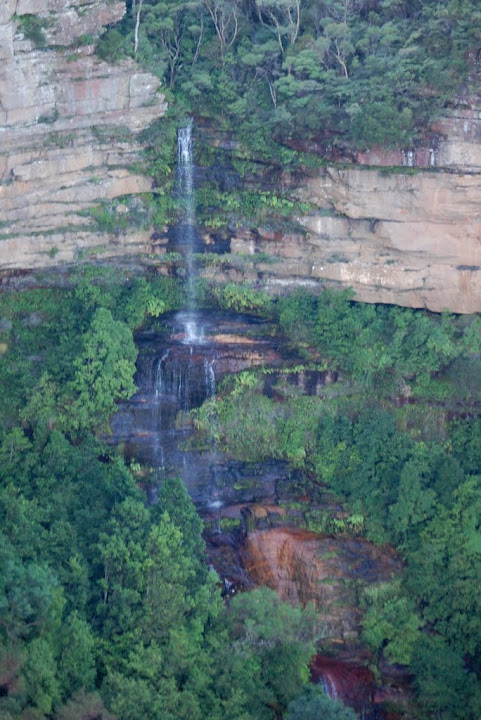 If you have the chance to visit the Blue Mountains while in the Sydney area, I would suggest taking the Blue Mountains Explorer Bus for most of your explorations in the area. The bus stops at most of the interesting scenic sites in the park. You can essentially hit a number of different places all with the setup.

One of the stops that isn’t as busy is the stop leading to Gordon Falls, though that may be because I went later in the day. The hike is very short, and you get an interesting view of a tall, but narrow, falls. They aren’t nearly as impressive as Wentworth Falls or Katoomba Falls, but you should still check it out because it’s so easy to visit…and the scenery is stunning. The falls you see are likely to be highly dependent on recent rainfall.

Where in the World is Gordon Falls? 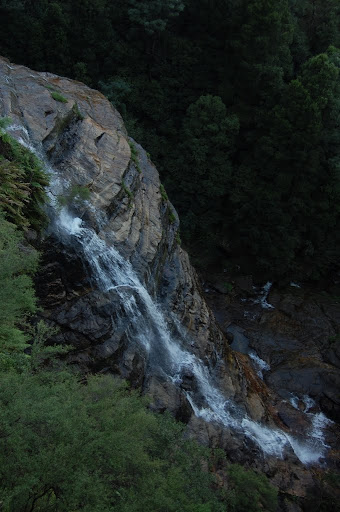