Where in the World is Dutchman Falls? 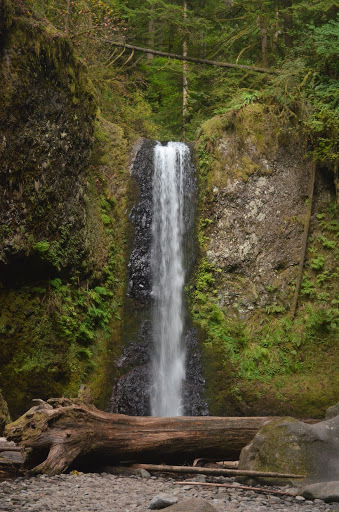 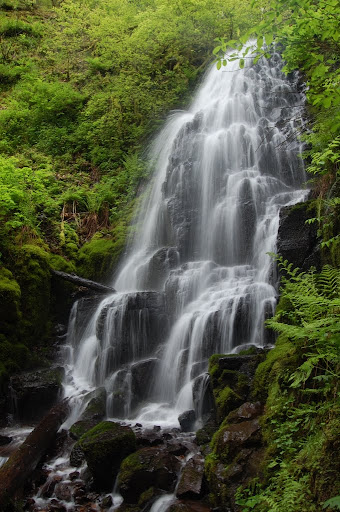 One of the main attractions along the Columbia River Gorge is Wahkeena Falls. The 242′ falls is really stunning. What is not widely as advertised is Fairy Falls, which is upstream from Wahkeena Falls. Now let’s think about this…You start at the main road, the Historic Columbia River Highway. There’s a steady hike uphill to get to the most photogenic portion of Wahkeena Falls. If you continue along this trail, you’ll at some point find yourself at Fairy Falls. But this requires more steady hiking uphill. In just over a mile, you will have hiked up almost 500′ of elevation, so your legs are little to feel a little burn!

But it’s well worth it! The hike is not so impossibly difficult, and the falls are wildly photogenic. Most of the waterfalls in Oregon are surrounded by GREEN, and this waterfall is no exception. The ferns really do create an almost fairy-like setting. 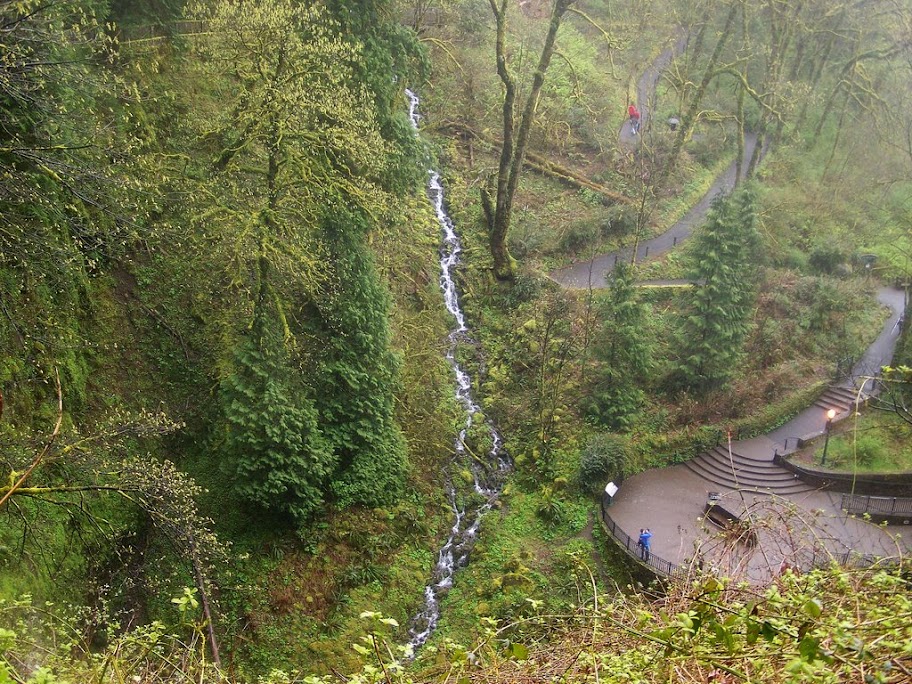 It’s sorta hard to miss Horsetail Falls! It’s only a few feet from the road. It was so close that it was hard to avoid getting the stop sign in the picture!

Besides being one of the most accessible waterfalls you could possibly imagine, it’s also a very pretty waterfall. It’s not the tallest or the most spectacular in the Columbia River Gorge, but you’ve still gotta check it out! While you’re there, you can check out another waterfall, Ponytail Falls, which is on the same creek.

Where in the World is Horsetail Falls?

Many of the waterfalls in the Columbia River Gorge are visible from the road or require extremely short hikes to get to them. Others require much longer hikes. Upper Latourell Falls is right square in the middle. It cannot be directly viewed from the road, but the hike is not terribly long either.

Even so, parts of the hike to the falls are steep. Just think…as you’re on the trail to Upper Latourell Falls, you’ve got to hike right up near the top of Latourell Falls, which is 200+ feet. After you’ve climbed this rather steep section, it does get easier. The hike on the way up is the hard part. Coming back down, not as much. Along the way, you may enjoy many different wildflowers if they’re in season. Corydalis and Bleeding Hearts were blooming profusely when in visited in late April 2008.

Where in the World is Upper Latourell Falls?

Ponytail Falls is one of the “hidden” waterfalls in the Columbia River Gorge, considering that you can not directly view Ponytail Falls from the road. There’s a moderately steep hike involved with visiting this waterfall.

Where in the World is Ponytail Falls?

Wahkeena Falls is one of the many waterfalls viewable directly from the Historic Columbia River Highway. There is clearly marked parking for the falls. The only slightly confusing thing is that the falls can be accessed from the interconnected system of trails, and so you may be at another waterfall and see a sign saying Wahkeena Falls is some distance away by trail. Unless you really like hiking, just look for the major parking area.

The falls are extremely beautiful and rather complex. At the parking area, you can see the falls in its 240′ entirety, which involves the main drops and a multitude of cascades below the main drops. In order to access the main drops, you have to hike on the clearly marked, short, but moderately steep paved trail. I believe that trail continues onto Multnomah Falls. After hiking up the trail, you will see the second drop very clearly, as it will be feet away from you. The first drop becomes more difficult to see at that angle. There is a lot of spray from the falls, so be sure to cover your camera lens.

Where in the World is Wahkeena Falls?