I struggle whether to decide to include a few waterfalls as part of the collection, but when they’re designated as falls, I usually record them. Bear Falls and the other waterfalls in the Chickasaw National Recreation Area are a bit questionable. Limestone Creek flows through the park, which is beautiful even not considering the waterfalls.

But Bear Falls and the other named waterfalls seem to have been affected greatly by humans, so it’s hard to tell whether some of the falls are natural or artificial. Bear Falls looks like it could have been natural at one time, but then they added some rocks that create a pool above the falls. It’s a bit odd, but it’s still interesting to hike and see these drops on the creek. I just don’t know that I’d go out of my way to see the falls. Turner Falls is in the area, and is a much taller waterfall, though it tends to be busier. There are a few other waterfalls that I surmise are on private land that would be very interesting to visit.

Where in the World is Bear Falls?

I’m just now getting to my break from work for the next few months, so I’ll be posting about waterfalls more frequently. I had the chance to visit Texas and Oklahoma at the beginning of March, so I’m a bit behind.

In my time hiking along the river, I encountered at least four named waterfalls. There are others in the park, though it’s not always obvious how to get to them. This is the waterfall that is the most “advertised”, as the main road leads you this waterfall to start. I have to admit…I’m a bit torn. You can tell with these waterfalls that there is clearly a “man-made” element to the falls. I’m not sure if they were natural waterfalls that we as humans altered, or whether they’re completely man-made. It’s still a beautiful hike along the river, but I can understand why Turner Falls is visited more frequently.

Where in the World is Little Niagara Falls? 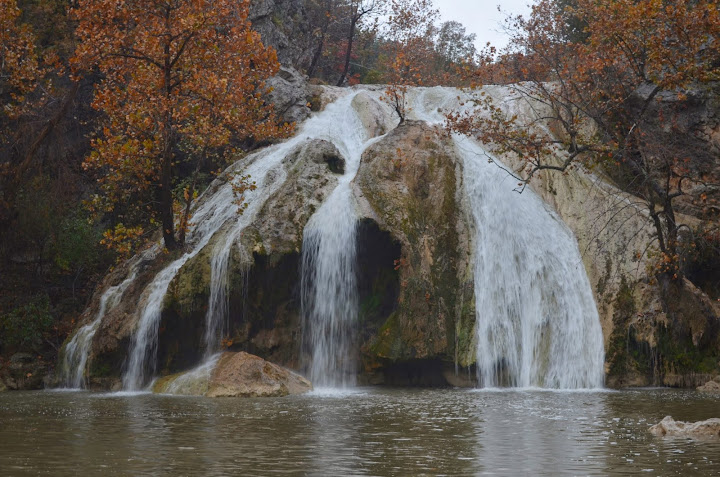 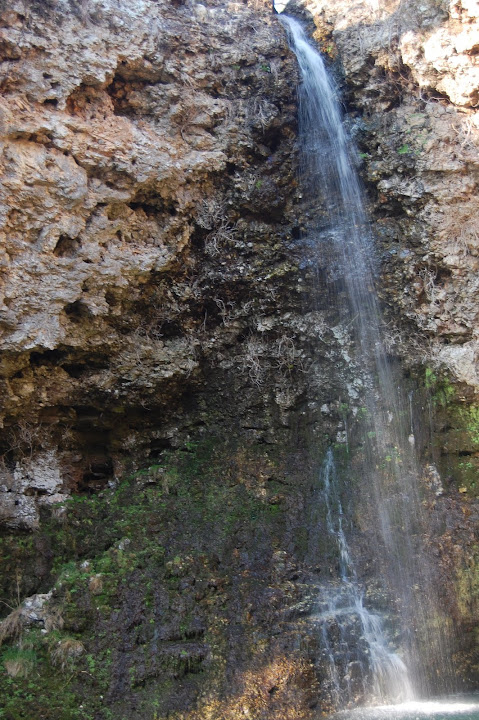 I was excited to find out that there was a waterfall in Oklahoma that could be easily visited from the Fayetteville, Arkansas area (where I flew into). When getting the rental car, the woman was very enthusiastic about Natural Falls. My only concern about visiting it was time, as I had arrived later than expected, and the park closes at 5 pm, at least in the winter (or early March).

I did actually luck out and arrived at 4:30 pm. I had 30 minutes to visit the falls, and the hike the falls is extremely short. There is an upper viewpoint, and a surprisingly easy hike down to the base. Now, as with other falls, there wasn’t a whole of water, but I can’t complain about this because it was so simple to visit! I can handle that!

There is another portion of the falls not shown in the picture. There is (I think) a spring that emerges from the rock near the falls, but it was bright at that point, and it was hard to photograph both falls at the same time.

Where in the World is Natural Falls?