For such a large state, Texas seems to have few well-known waterfalls. Many of the “advertised” waterfalls are found in and around Austin (Upper McKinney Falls, Gorman Falls, Pedernales Falls, and more) or in/near Big Bend National Park (which I have yet to visit). I did a bit of research and couldn’t find many other waterfalls, especially near big cities. Near Dallas/Fort Worth, two searches results consistently show up…Kickapoo Falls and Airfield Falls. I wanted to visit Kickapoo Falls, but realized it was even further outside of Dallas than I expected, and I’ve also read that not much water flows there now. So instead, I headed to Airfield Falls, which is not far outside of Fort Worth.

Airfield Falls doesn’t seem to be advertised as much currently, though the falls were busy when I visited. There’s just not a lot written about them yet, nor is there even an extremely clear map to find the falls. It’s so named because it’s near an airfield associated with the Naval Air Station Joint Reserve Base in Fort Worth. I believe there may be a way to get to the falls by heading toward the entrance to the base. I instead parked along Westworth Boulevard.

After a bit of confusion about which direction to head to find the falls, I finally was on the right track, and came upon the falls after walking for 10-15 minutes. I was pleasantly surprised to find the falls looking like they were natural falls. (I had just visited waterfalls in Oklahoma that seemed more man-made than expected.) The cliffs on the side have clearly been altered, but that doesn’t detract from the overall perception. If I were looking for a short trek to a beautiful waterfall not far outside of the Dallas/Fort Worth metropolitan area, Airfield Falls is a great choice.

Where in the World is Airfield Falls?

After getting to the park, which isn’t extremely difficult, it’s just a short two minute walk to the falls (maybe even less than that). If I remember correctly, it might even be handicapped accessible. It’s that easy! It was sprinkling when I visited (which isn’t really shocking), though it was expected to get windier and stormier as the day progressed. After finding the main waterfall, I went in search of others. There is a rather complex trail system which is well set up. I thought I had read there was a smaller Whatcom Falls, but couldn’t seem to find it along Whatcom Creek. After wandering around for a while, I gave up, since it wasn’t particularly warm on this early-November day (though it was still a great day to see the main falls). After looking at a few other pictures, I don’t remember how easy it would have been to get the creek from the trail, but there may be some great shots with the bridge going over the creek. I didn’t try that option… 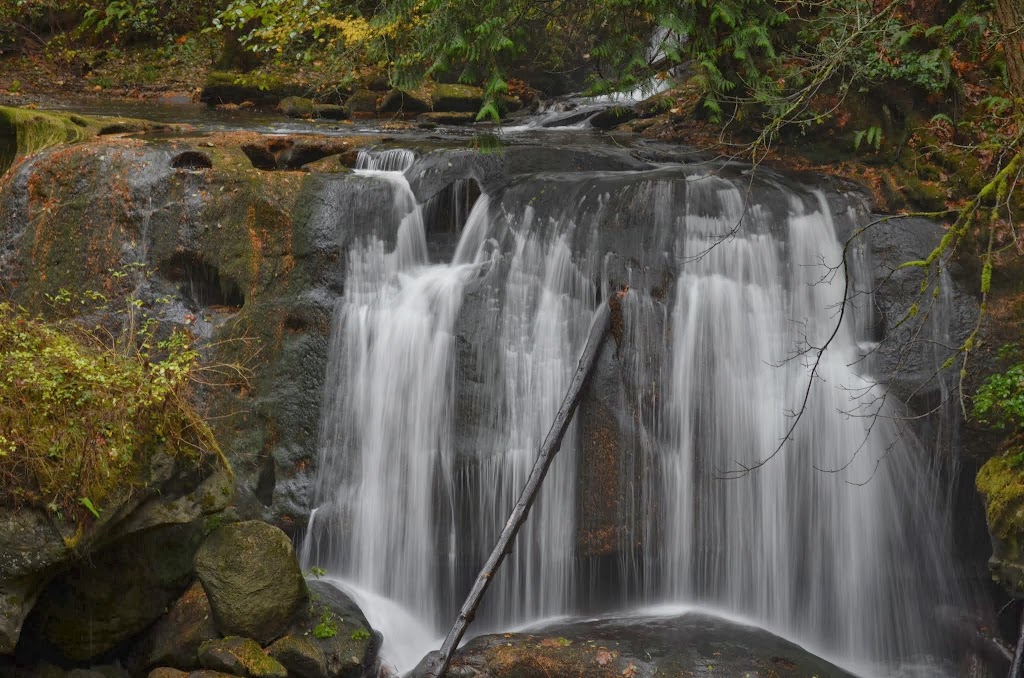 Where in the World is Whatcom Falls?

I never really imagined that Post Falls might be the first waterfall that I visited in Idaho. There are a number of other falls in Idaho that look very impressive, but Post Falls came first. I guess one could argue whether Post Falls should be included on a list of waterfalls, and I definitely think it should be.

There is a dam that has been built above the falls, and as usual, this may detract from the beauty of the falls. But in late April, as the snow might be starting to melt, the roar of the river as it plunges 40 or so feet is intense! The flow is very high. Today, though, I could actually see the portions of the falls that had been untouched by man, at least not significantly, and this is what made me enjoy the falls even more. These geological features can get lost in such high flow rates, and can often make falls look rather boring.  This was not the case at Post Falls in mid-spring. 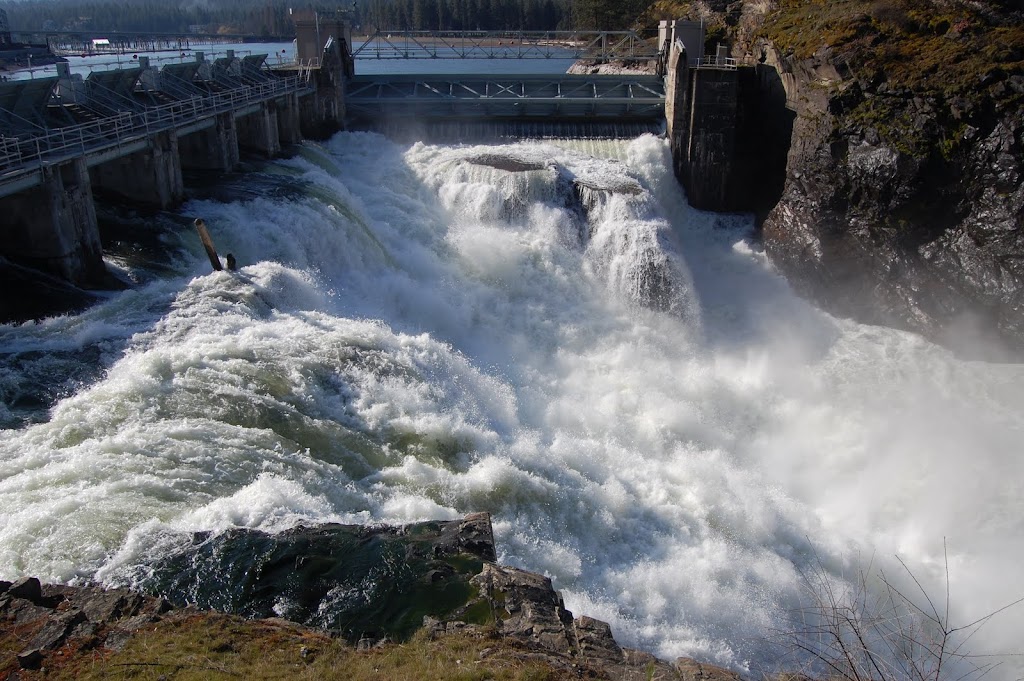