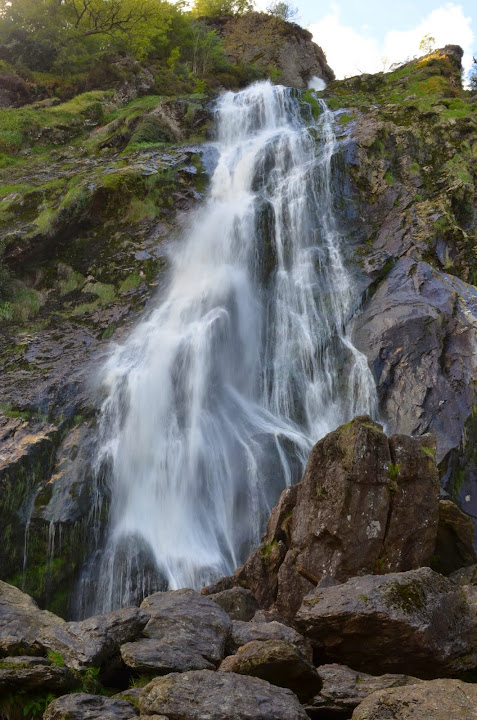 Considering Powerscourt Falls is only about 20 miles outside of Dublin, it is one of the most popular waterfalls on the island of Ireland. I likely saw more people at this one waterfall than at all of the waterfalls I visited combined. And that would suggest that it was extremely busy, which it was not. It would likely be busier on the weekend, so if you want to avoid the crowds, I would suggest visiting on a weekday. And I would suggest going. I had expected the waterfall to be less interesting. Photos from afar do not do it any justice!

First off, the falls is almost 400′ tall, so it is an impressive view. It is said to be the tallest waterfall on the island, though as I was driving through Northern Island, I saw two or three possibly ephemeral waterfalls that might challenge that claim. (Of course, I wasn’t able to stop and photograph 2 of the 3.) I guess I say this not because the waterfall isn’t interesting…it is. I just think there are many more waterfalls that aren’t advertised!

Second, if you visit, you should have some fun trying to photograph this waterfall. There are a number of different perspectives that I think make this an intriguing waterfall. It can end up looking wider or thinner depending on the location! Some of the upper cascades will also appear or disappear. One waterfall can have many different faces!  (You should explore the trails, as I found a different view point for the falls.  See the third photo below.)

Directions:
*The signs usually work well at directing you to a certain place, but as I was following the signs to Powerscourt Estate and Waterfall, I somehow took a turn which led me down some rough road…The way of least hassle would probably be to…

I would suggest having a GPS available, especially using Google Maps, just in case you get “distracted.”

Accessibility: 10/10 (you can drive right up to the falls)
Height: 397′
Length of Hike: negligible 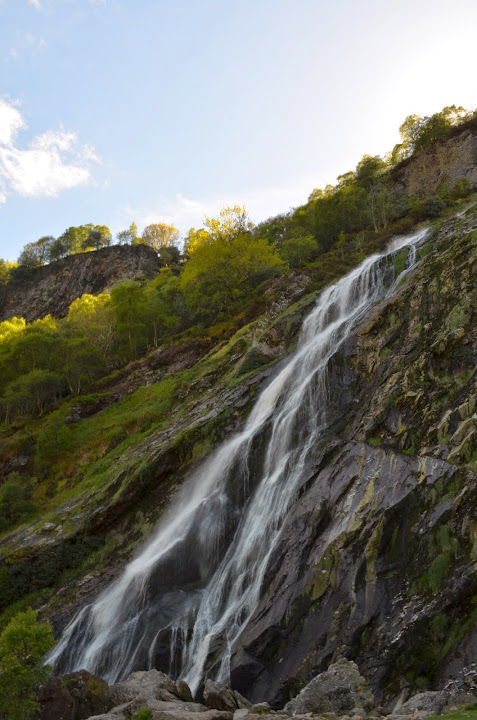 Looking at the falls from the side 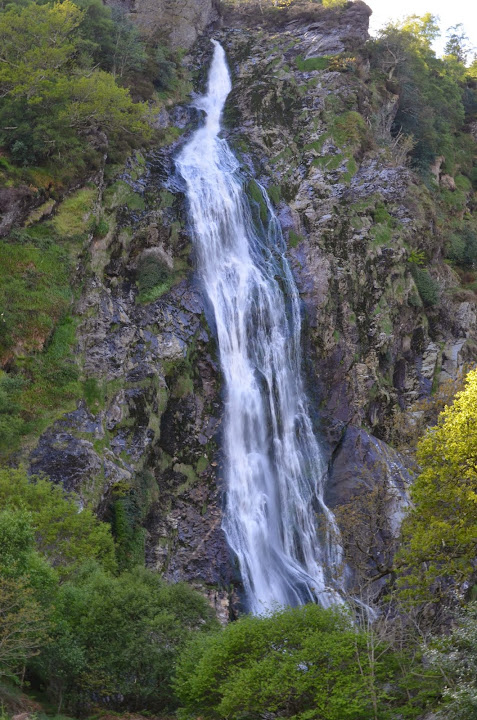 View from further back

Where in the World is Powerscourt Falls?