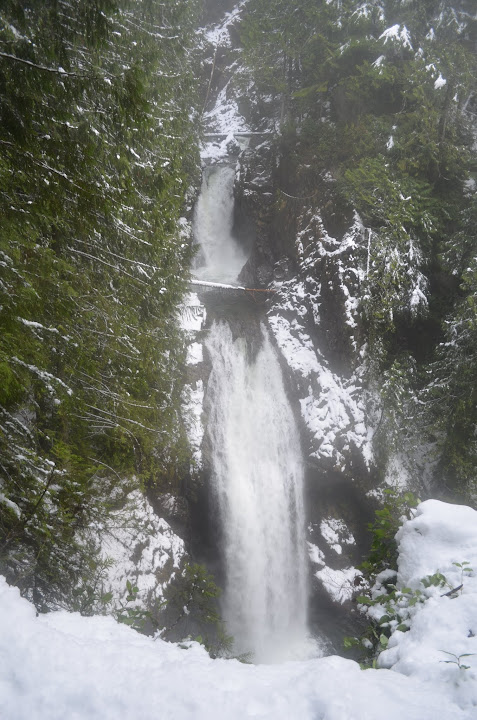 Just a little more than 20 miles from the Seattle area is Snoqualmie Falls, a powerful waterfall with a significant drop. It is easy to get to and view, and is not so insanely busy that you’ll feel crowded.

There are two different views of Snoqualmie Falls. The first is from the viewing platform right near the parking areas. This is the easiest of the viewpoints to access, and is great from people with limited mobility or for those with young kids. The second viewpoint is not as accessible. There is a 0.5 mile trail down to the base of the falls. The way down is not so bad. They way up is steep enough that you’ll feel your muscles burning and maybe even crying a little bit. I wish I could say the view from the base was more spectacular, but it wasn’t. The view from above is just fine.

December 2012: About 4.5 years after my visit to Snoqualmie Falls, I got the chance to visit the falls for a second time. The first time I visited, it was a sunny day, and the hike to the base of the falls warmed me up a bit further. The spray from the falls was an issue, but it wasn’t overwhelming. The second time I visited, the falls were more intense, and it had been cloudy and raining for most of the day (and a few days before this also, I believe). There was an aura of fogginess that couldn’t be shaken, so it made it somewhat difficult to capture the falls, especially considering the spray and rain caused my lens to get wet repeatedly! Still, it’s such an amazing sight!

Where in the World is Snoqualmie Falls?