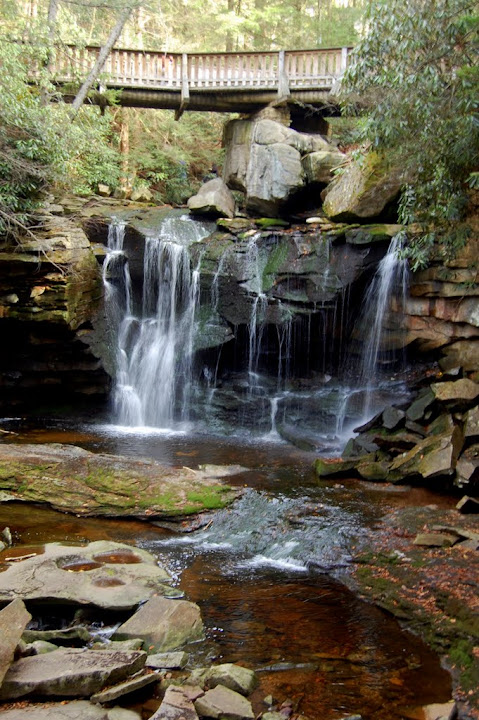 The first drop on Shay’s Run in October 2010

There are four significant drop on Shays Run that make up the whole of Elakala Falls. As I read up on the falls, I got the sense that it was more difficult to view the falls than people imagined.

Let me say that visiting the first falls is nowhere near as difficult as it seems. From the trail head, you can very easily get to the bridge above the falls. To get a better view of the falls, you will have to head downhill a bit, but it’s not too bad. You’ll be rewarded with a really gentle but beautiful waterfall. I admit, to see the other 2 “easy to visit” falls downstream does require some effort, but it’s not nearly as impossible as people indicate.

Where in the World is Elakala Falls #1? 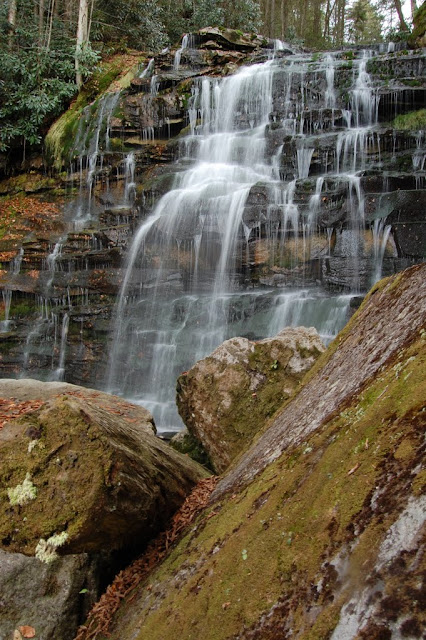 The third drop on Shay’s River in October 2010

I was really excited to be able to see the third falls on Shays Run. Sometimes when I read descriptions of waterfalls, I get these impressions that the waterfalls are extremely difficult to get to. And I’m always impressed when their relatively easier to visit than I expected.

When I begin to think about it more, they end up becoming some of my favorite waterfalls, and I think this one might rank up there somewhere. While it’s not tall and doesn’t have a huge amount of water flowing over it, it is VERY scenic and photogenic. I had so much fun getting the different shots of the falls. There is another side view of the falls that provides an equally interesting, and yet completely different perspective.

Where in the World is Elakala Falls #3? 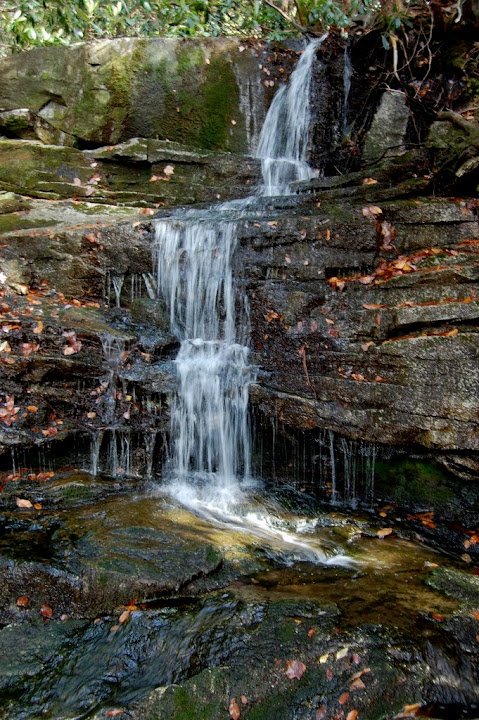