I visited Jumbo Falls relatively near the beginning of my waterfall searches. This little waterfall is maybe not nearly as exciting after seeing many other falls, but I still find it to be interesting nonetheless. It’s just so simple, and yet that makes it enjoyable. It also has more water flowing over it than waterfalls 80 times its size! So don’t let height fool you.

I also remember the area around the falls being very beautiful. The Upper Peninsula of Michigan is relatively cool throughout the year, and even in mid-August, the temperatures were very pleasant. The forest around the falls was at peak beauty, with green everywhere. It was just an enjoyable time. 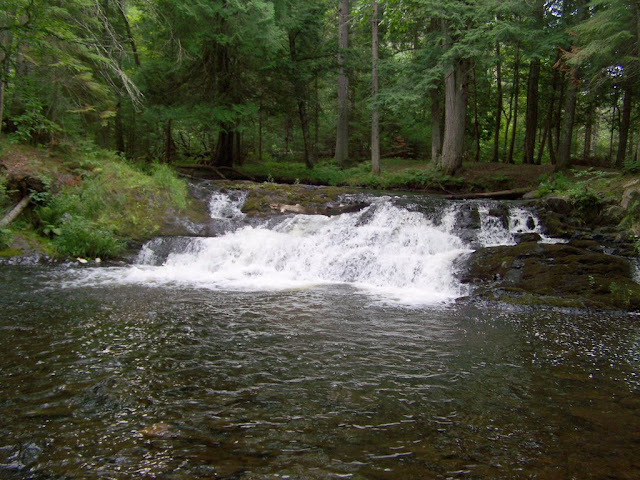 Where in the World is Jumbo Falls?