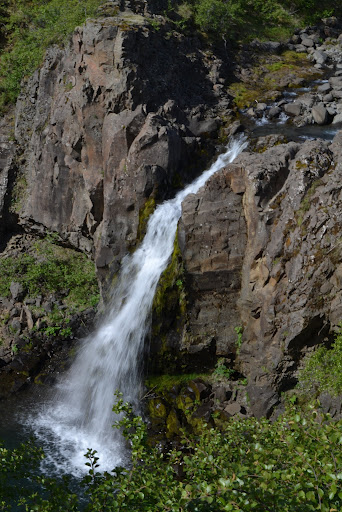 Magnúsarfoss isn’t anything wildly spectacular.  You aren’t extremely close to the falls, and during the summer the flies might drive you a little bit nuts.  But if you’re in the area to view the glacier and the other falls, stop by Magnúsarfoss.  It’s really a relatively easy hike, and the whole detour is definitely worth it.

Accessibility: 6/10 (moderate, There are some uphill, rocky portions)
Height: 32′
Length of Hike: 1.2 miles round-trip (though further to get to Svartifoss)

Where in the World is Magnúsarfoss?