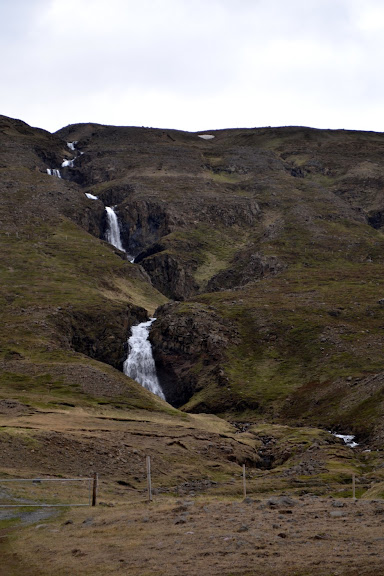 It’s almost been a year since visiting Iceland, and I miss the scenery.  Sometimes it can be bleak though, especially as you’re driving around the Ring Road (the main road around the island).  There aren’t a whole lot of forests on the island.  But there are a significant number of waterfalls.  There are so many, it becomes easy to ignore some of them.

For example, there are a number of taller waterfalls along the Ring Road.  Some of them are surprisingly beautiful, but there aren’t any designated places to stop.  In some instances, though, I was one of the few people on that stretch of the road, so I essentially just stopped the car in the road. (You can often see the road ahead for a significant distance.)  This waterfall was found along the road between Akureyri and Egilsstaðir, closer to Egilsstaðir.  That is where I noticed most of these “roadside” falls.  There weren’t many of them along the southern portion of the island. (Waterfalls #1 and #3 can be found here.)

Where in the World is Ring Road Waterfall #2?