The Ring Road is the path to take to go around the island of Iceland.  Most of it is paved, though there are a few unavoidable unpaved portions.  There are also a number of waterfalls that can be found along the road.  Some of them are advertised, while others such as this falls, are not.

Kattarhryggur Falls is not the official name.  The falls was right near a sign for Kattarhryggur, which is the bridge/road in the picture.  It is the “Cat’s Arch”, and the road was originally used for horse-drawn carriages.  It was later used for motorized vehicles, and this bridge was one of the first concrete bridges to be built.  To the right of the bridge is a waterfall.  You can’t get very close, or I at least didn’t try.  Obviously, it’s not a waterfall that I would go out of my way to visit, but it was a bonus! 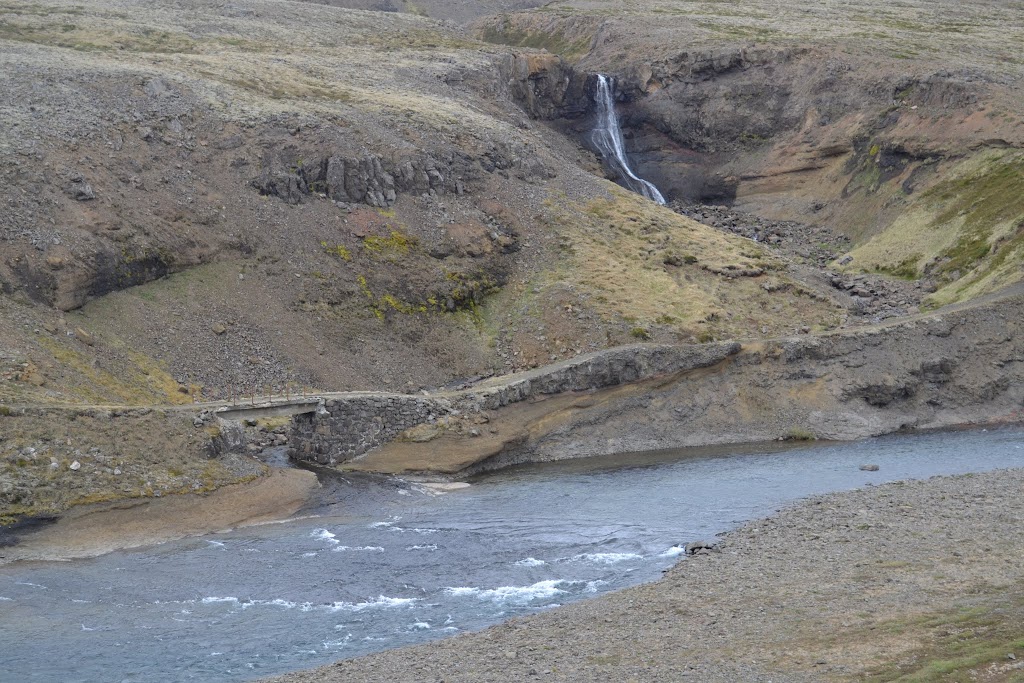 Waterfall near Kattarhryggur in June 2012

Where in the World (Approximately) is Kattarhryggur Falls?