The trail to Plaikni Falls in Crater Lake National Park opened just the year previous to my visit, so I feel somewhat lucky that I showed up at the right time when visiting the park. If I remember correctly, this waterfall was not listed in the books I had, and only found out about it by looking at the map they gave at the park entrance.

The hike to the falls along the newer trail was very enjoyable, and isn’t particularly difficult. It’s just over 1 mile from the parking area to the falls. I have read that it is wheelchair accessible, and it seems from reports of others that this is true.  I do believe the last portion of the falls does require a slight uphill climb, if I remember correctly. Even so, the elevation change isn’t particularly significant.

Once you get to Plaikni Falls, you’re rewarded with a very mellow waterfall. The hike to the falls was so enjoyable, and then you arrive at this waterfall that is big enough to excite the senses but not so large as to drown out the thoughts…it just seemed peaceful. I enjoyed being able to rest, surrounded by lush green plants (which I associate with parts of Oregon). 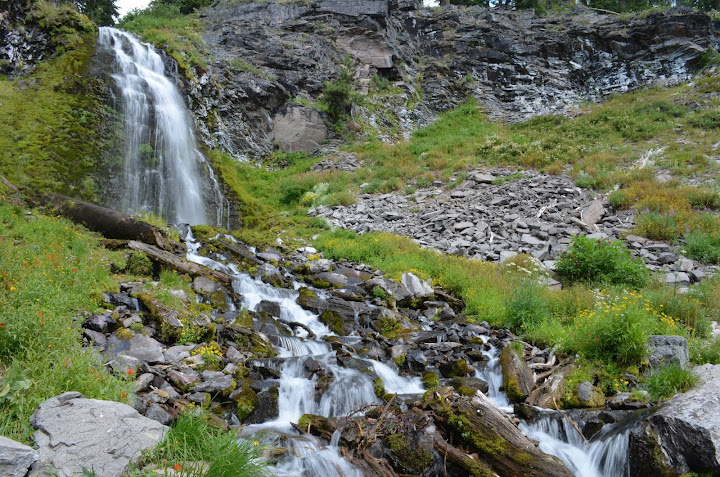 Where in the World is Plaikni Falls?

After visiting Crater Lake National Park last year, I took Oregon route 138 when heading back toward Eugene. There are a number of very impressive waterfalls along the road, including Toketee and Watson Falls. There are also a number of smaller waterfalls which are very easy to visit.

Whitehorse Falls is just off of route 138 along a very short, paved National Forest Service road. The most difficult task is finding the correct road number, though if I remember correctly, there might be a sign for Whitehorse Falls. After parking in the parking area, you’ve got a walk of a few feet to see the falls. Because it’s only about 15′ tall or so, it’s not nearly as popular as Toketee or Watson Falls. You’ll probably pass by Whitehorse Falls (and Clearwater Falls, which is also on the Clearwater River), so you might as well stop for the few minutes that’s required to see the falls. 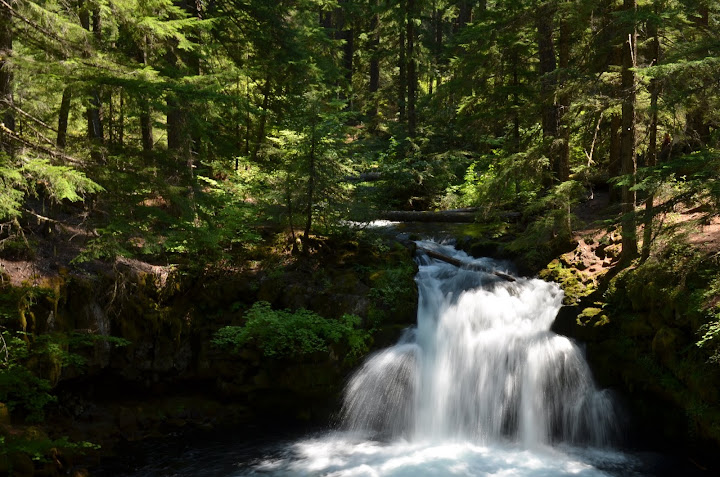 Where in the World is Whitehorse Falls?