The first thing that comes to mind when I think about French River Falls is the overwhelming scent of rotting flesh…Not really the first thing you WANT to come to mind when you’re thinking about waterfalls, or anything for that matter (unless you’re a dog or vulture, I guess). How did I arrive at the dead flesh point in the story? Well, there’s stuff that went on before that…

Minnesota state route 61 is where many of the North Shore waterfalls are found. When going from Duluth to Grand Portage, French River Falls is found nearer Duluth. It is on the north side of the road. The river is surprisingly easy to find, but it’s not nearly as easy to get to the waterfall. Well, maybe not hard, but deceiving. The first time I drove by, I wasn’t even sure where to park. It seems so odd to just “pull off” on the side of a major road and just park, but that’s essentially what you’re supposed to do.

Once you park on the side of the road, there’s no clear path to the falls, but it’s still pretty obvious to head toward the bridge. Put bug spray on…I have a feeling there are likely ticks in the grass you have to tramp through. Once you get to the river, you have to maneuver down to the bottom. It’s not so difficult, you just have to be careful. I don’t remember it being easy to find a place, though, where you can get a full picture of the falls. That is probably because the smell of dead animal was deterring me from wanting to spend very long looking for a better view. Oh well, check it out, and you might have a better experience than me. 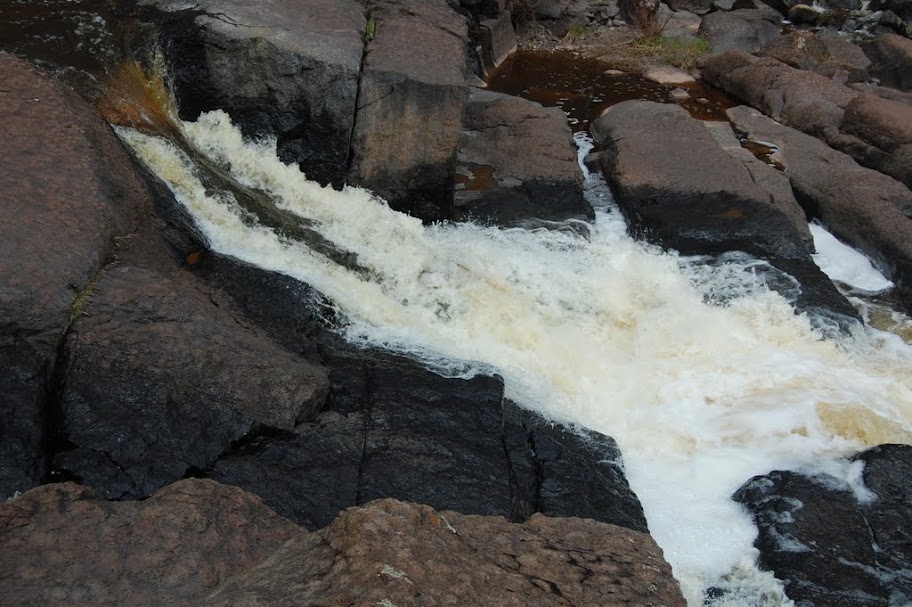 French River Falls in May 2010

Where in the World is French River Falls?