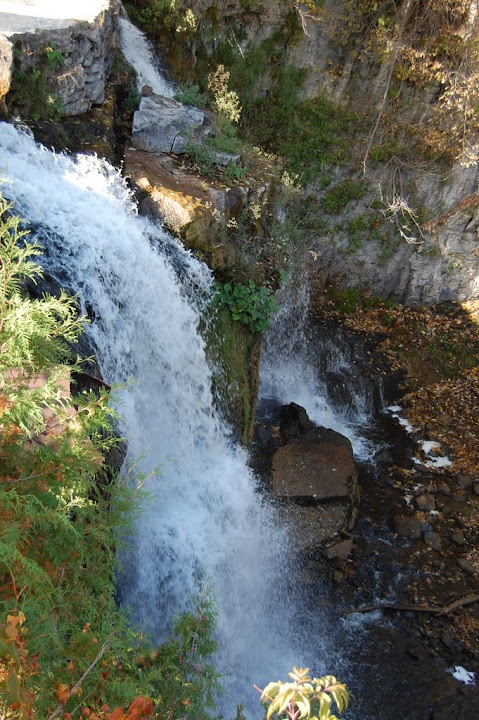 I visited Walters Falls in Ontario after visiting a number of other waterfalls in the Owen Sound region. It is probably one of the easiest to find, and yet it’s not necessarily a spectacular waterfall.

After visiting the falls in the area, I realized that one of the “negatives” about some of the waterfalls in this region is that it’s almost impossible to separate out the human effects on nature. At times, this can reveal a lot about history…at other times, it’s just annoying. Here it falls more to the annoying category. The book I have says it is one of the only falls in Ontario that splits into two, but that seems to be because us humans put a dividing barrier there when building a mill.

Oh well…during the fall, it’s still an enjoyable view. If you want a view from the base that is also possibly, though slippery when muddy. To view that, cross the bridge to the “right” side of the river, where you’ll see a trail that heads downhill to the base of the falls. The sun prevented great pictures at the base.

Where in the World is Walters Falls?