I guess your first inclination when hearing the name Great Falls would be that, well, it’s an impressive waterfall. My guess is that this inclination is highly dependent on water flow. Searching for pictures online has revealed that at certain times of the year, the falls are so flooded with water that they just disappear…At other times, when there is less water, a number of smaller falls are found along the very wide drop. I just imagine that there are certain DAYS of the year when the water levels are just right to get nearly all of the rivers width to appear as falls. It’s got to be a tricky balancing act, complicated by the dam just upstream.

When I visited in December 2009, there wasn’t a considerable amount of water, and so there were a number of separate waterfalls. They are all along one drop in the river, though separated by areas of uplifted rock. It’s still an impressive waterfall, but its view is diminished by the fact that you are not very close to the falls. The viewpoint in the park does allow for sweeping views of the whole falls and river, but you really can’t get up close. 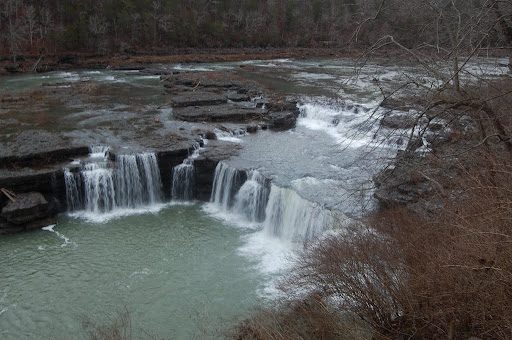 One portion of Great Falls (December 2009) 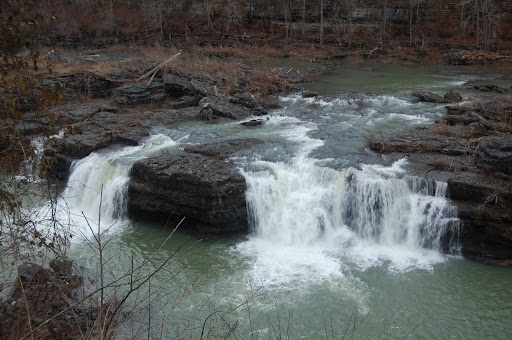 Another portion of Great Falls

Where in the World is Great Falls?