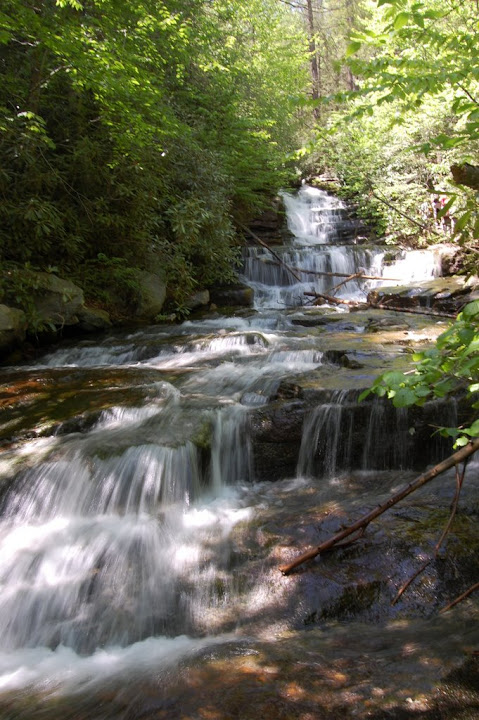 Well, I have to admit that I’ve been rather confused by Chameleon Falls. The picture I’ve posted here is unlikely to be Chameleon Falls, but is probably in the general vicinity….

In Glen Onoko, there are three main waterfalls: Cave Falls, Onoko Falls, and Chameleon Falls, from downstream to upstream. There are other drops that are better classified as cascades. Now, when trying to more clearly identify which pictures corresponded to which falls, I discovered that nobody seems to identify the same falls with the same name. I’ve seen what I posted for Cave Falls as being also identified as Chameleon Falls. Now, searching on google doesn’t produce many clear results, except that it might make sense that Cave Falls has a cave somewhere near it…The picture I have does not. So maybe I missed Cave Falls?

Well, after hitting what I thought was the second falls, I continued a little bit further upstream. I really didn’t want to go that far since the hike is relatively strenuous to begin with, and I had limited time. There was a path heading further upstream, though it seemed less used (though still popular on that beautiful day), but I really didn’t quickly come upon any waterfalls that had significant drops. This is the last waterfall/cascade I photographed on my hike. I called it Chameleon Falls because I wasn’t sure what waterfall is missing. Maybe some signs with names would be useful…

Where in the World is Chameleon Falls?