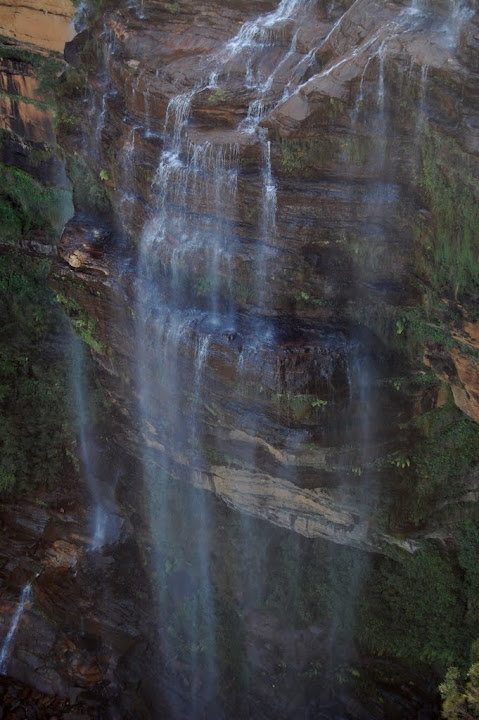 Lower portion of Wentworth Falls (in May 2011)

Because of the transportation decisions I had made, I got to take the more roundabout method of getting to Wentworth Falls. If you have a car, it’s pretty easy. Just head to the parking area for the falls, and then you’ve got a short hike to the falls themselves.

If you decide to take the train from Sydney, like I did, then you have to figure out an alternative. I had stayed in Katoomba the night before, and since it was my first full night in Australia, I woke up very, very early. I finally was able to determine that a train was going from Katoomba to Wentworth Falls soon (about every hour), so I went to the train station, and headed to Wentworth Falls. After getting off at Wentworth Falls, I got myself confused.

The signs to the falls were clear, except there could be a few more. I started walking in the direction of the sign, but that seemed to lead to the highway. It turned out (finding this out later) that I was heading in the right direction. I finally found the Charles Darwin Walk, and from there it was a very enjoyable, but early, hike to the falls. Frost covered many of the plants in the area. 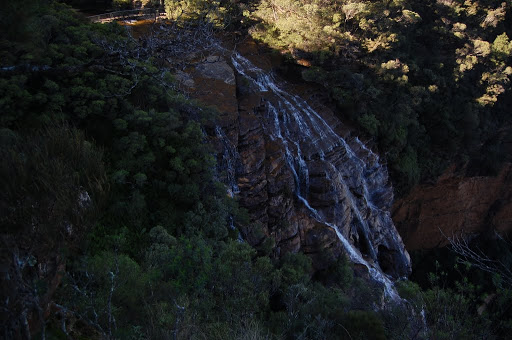 Where in the World is Wentworth Falls?