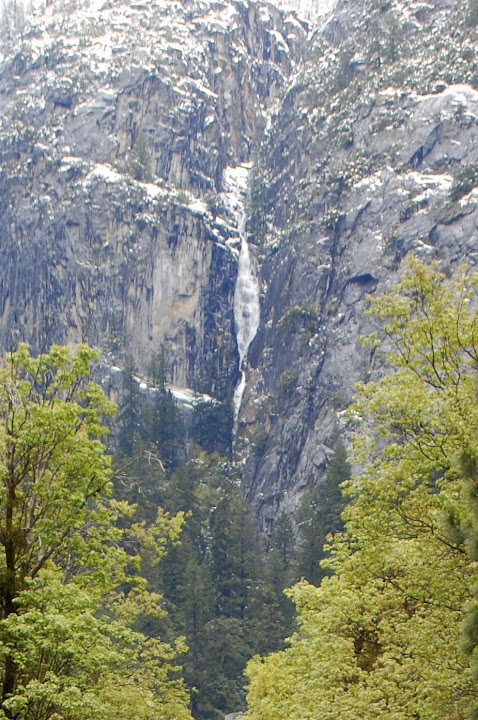 Waterfall to the far right of Yosemite Falls in May 2011

There are a number of “unnamed” waterfalls in Yosemite National Park. In this case, their location is not particularly important. Some of them are located before the pay station on CA-140, while others are located inside the park itself. Some are not easily photographed, as there is no parking available at certain points.

What is important is to understand that these falls are seasonal in nature, as are the larger falls in the park. These falls show up in April and May when the snow starts melting. I guess it helped that it had actually snowed the night that I stayed near the park, which was in mid-May. You can actually see the snow right above the falls in some of the pictures. Some of these falls, while ephemeral, are very tall.

Directions:
1) In late April and early May, the best choice of roads is likely CA-140. (I was on CA-120, and discovered after some distance that the road was closed near the park entrance, and had to take an alternative route). Call (209)-372-0200 for current road conditions.
2) Head east along CA-140 from Merced/Mariposa to the entrance for the park.
3) At the entrance, you will need to pay the $20 entrance fee, which is good for 7 days.
4) After that, the best choice to is just explore.

Where in the World are the Unnamed Waterfalls?: map 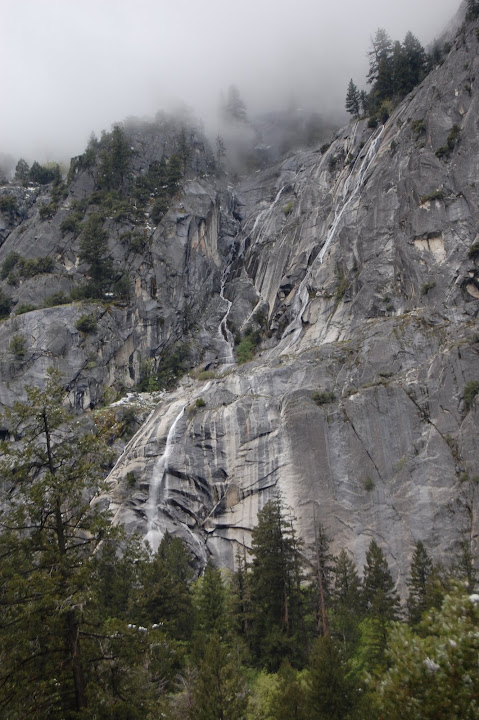 Another falls in Yosemite National Park 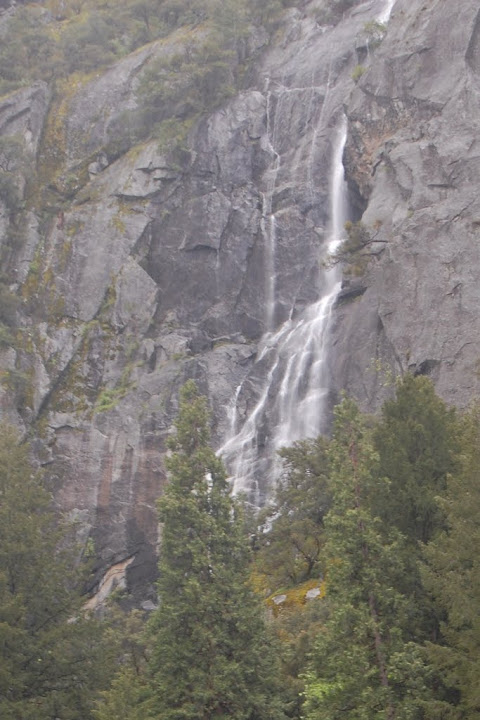 An ephemeral waterfall in Yosemite