A previous post discussed Upper Piney Falls, which is not too distant from its downstream component. The italicized portion is copied from that previous post…

After starting out on the hike, you’re going to want to continue on the main path/road. At one point early on, there will be a small trail leading off to the left. Don’t follow it, as I don’t know where it leads. You’ll continue on, and a little later, you’ll come to another split in the path. Your first instinct will be to take the right path, since the left path looked blocked off by tree branches. The right path leads to the crest of the falls, which is not a great view.

Even though the left path looks like it’s blocked, it can be bypassed very easily. After doing this, you’ll come to a small elevation drop that you’ll have to climb down. It’s not that difficult. You may want to mark this point, as on the return hike, I had a difficult time finding where this “drop” occurred, though it’s the only real place you can get back up.

If you head decide to head downhill, then you’re in for a treat (physically, that is)! It’s a pretty steep descent, though I remember it wasn’t terrible to traverse. It’s not difficult to get down the hill. It’s the march back up that’s difficult. You don’t really end up seeing the whole Lower Falls, just some drop on the river. So, in the end, it’s up to you whether you hike down a steep trail to see less than what you might expect… 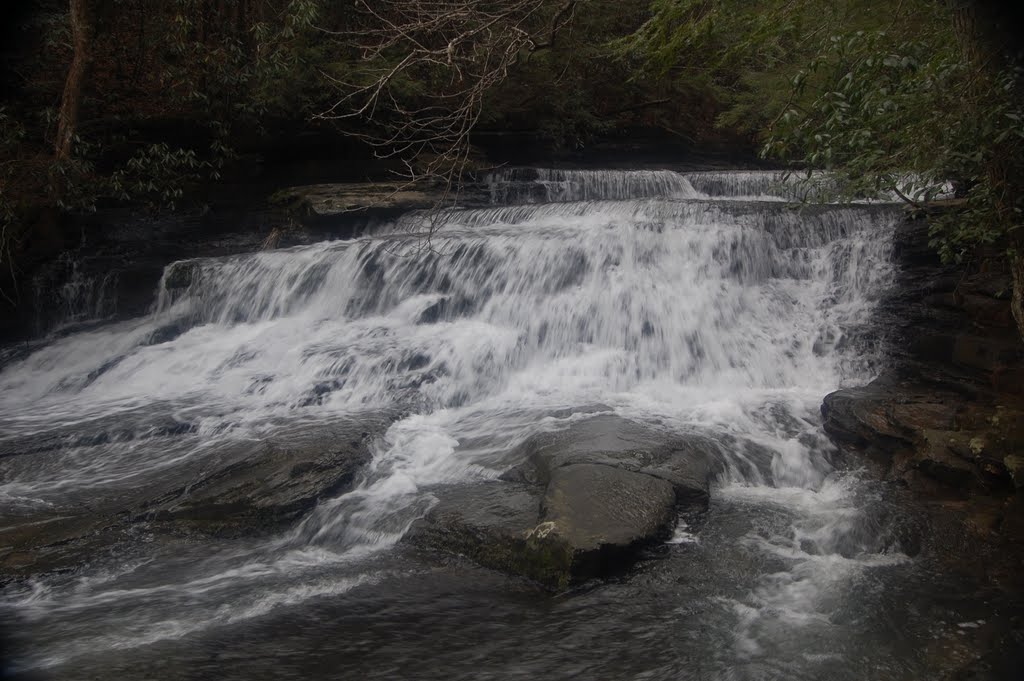 Where in the World is Lower Piney Falls?