The Genesee River in New York has a wealth of impressive waterfalls. There are two sets of three falls each separated by a pretty significant distance. Three are found in Rochester, while the others are found further south in Letchworth State Park. The three in Letchworth State Park (Upper, Middle, and Lower) are more isolated. The three in Rochester are reminders of the hustle and bustle of humanity.

There is a park devoted to Lower and Middle Falls, but the views to be had there are not the most spectacular. You can’t see the whole falls at the park viewpoint. Better views might be had on the bridge downstream from the river, though I don’t remember if there was a path for pedestrians. Still, the falls were flowing pretty intensely, so it was impressive even if the surroundings weren’t. 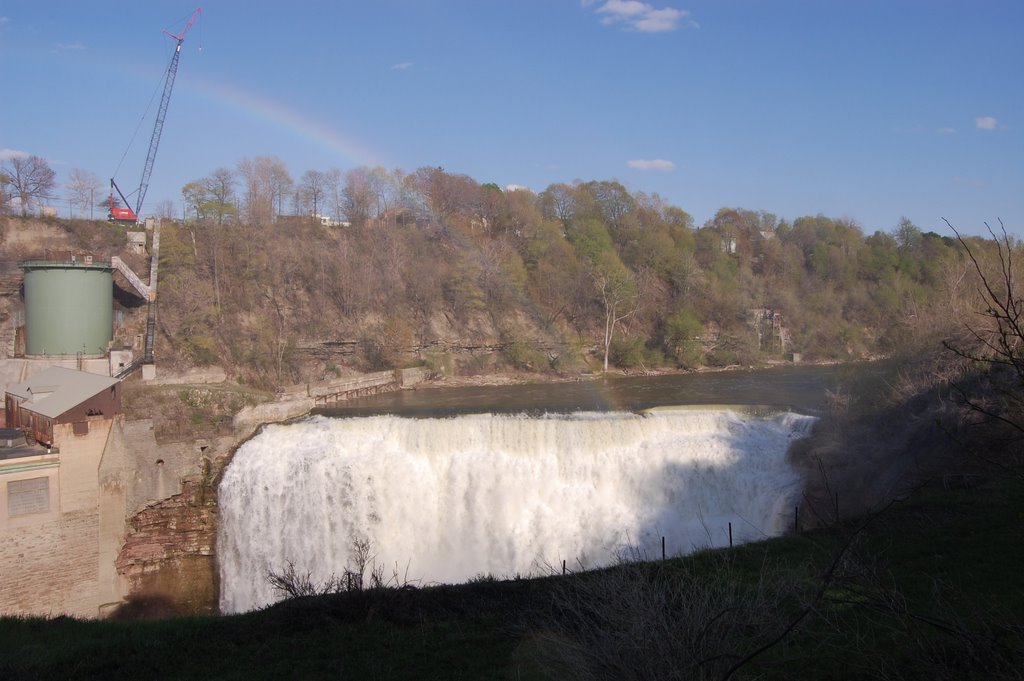 Lower Falls of the Genesee River in Rochester in May 2009