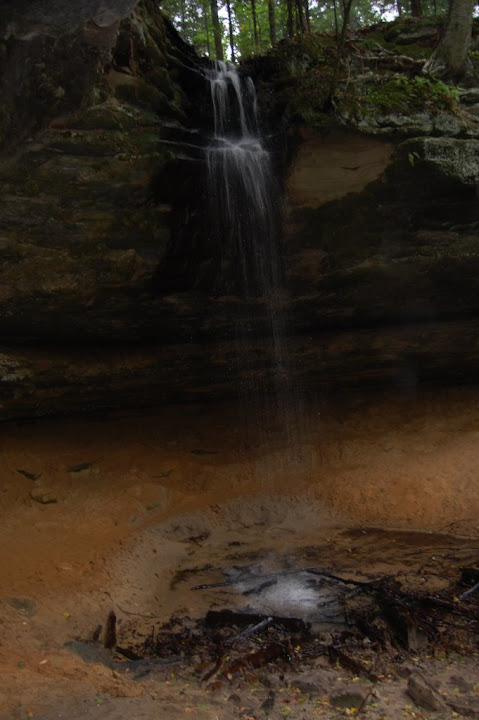 Memorial Falls definitely “falls” into the category of “Waterfalls I’ve had the most difficult time photographing”. I haven’t visited the falls in about three years, but it took three tries before I got relatively decent shots of the falls.

Let me just say that it is definitely worth a visit to MNA Memorial Falls, even if the waterfall doesn’t want to play along with you. The hike to the falls is very cool. As you begin to descend into the gorge, there are sandstone cliffs just next door to you. It’s a really neat experience.

The first time I visited the falls, I did not have the best of cameras. The second time I had a better camera, but it’s hard to deny the fact that this is a tricky waterfall to photograph. Because of the shape at the crest of the falls, it’s almost as if the light is amplified, and the photos can show up very washed out. It wasn’t until the the third try that I finally got some shots that weren’t completely overwhelmed by the light around me. Showing up earlier in the day might be better, if I think about the orientation of the falls.

The photographs don’t do the falls justice. There may not be a huge amount of water flowing over the falls (unless it’s recently rained), but there is definitely an optical illusion occurring here. The falls don’t look particularly tall, but they are taller than they appear. I’m still amazed when I look at the photos I took of my friend standing behind the falls. She looks like she’s being engulfed by the rock overhang.

*There may be a 2nd falls visible to the left of the main falls if a significant amount of rain has fallen. 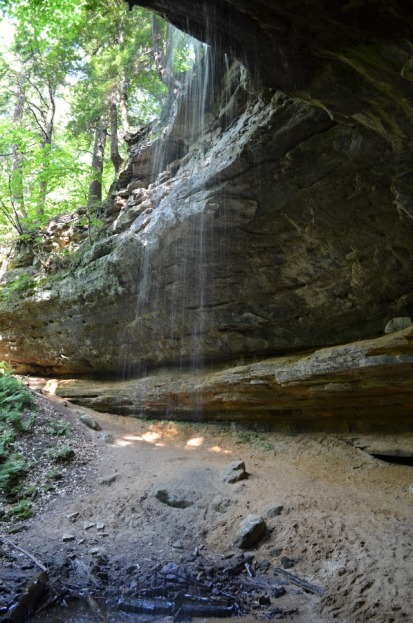 Where in the World is Memorial Falls?

One thought on “Memorial Falls, Michigan”