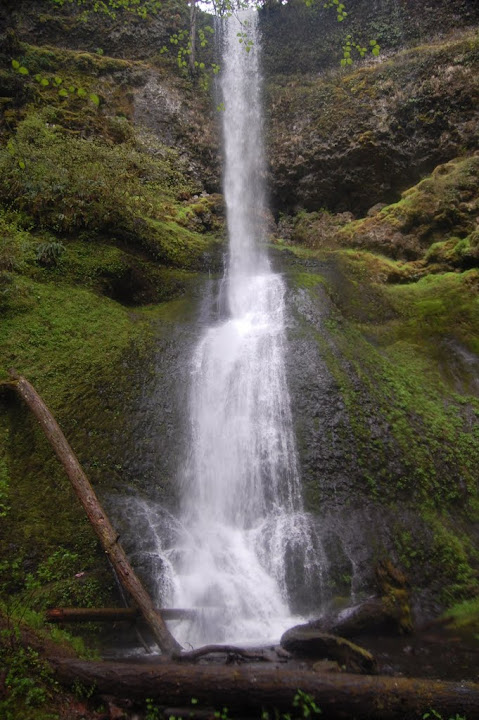 If you’re looking for a place to see numerous waterfalls in a few hours, the Trail of Ten Falls in Silver Falls State Park is a great choice if you are near Salem. The trail is a little under 9 miles round trip, and it can be done in three to four hours.

There are a number of different places to start along the trail, and I started near South Falls. It just so happens that based on the direction I took, Winter Falls was the last waterfall on my journey. The day started out somewhat chilly, but not terribly so. About halfway along the trail, I remember it being sunny. As I looped around North Falls, the clouds appeared, though gradually. By the time I had reached Winter Falls, it seems that the weather was trying to mimic the name of the falls (even though it was early May). It didn’t snow, but at one point it was sleeting, and it was not very warm at that point. I remember being very glad that I had dressed in layers.

The falls are right near a road, but you can’t really get a great view without heading downhill along a spur trail (that eventually connects back to a portion of the trial I had already traversed). For your perseverance, though, you will be rewarded with a view of a really beautiful (not to mention tall) waterfall. After viewing the falls, I decided to head back up the spur trail and continue along my way to the parking lot, which I had some difficulty finding.

Where in the World is Winter Falls?