Great Smoky Mountains National Park has a significant number of waterfalls. While not all might be roadside, the park does an outstanding job at making the waterfalls easily accessible. I’ve never seen a park with so many pullouts right near smaller, unnamed falls. Laurel Falls is one of the named falls. It may not always be the most exciting falls, but after the intense rainfall this weekend (2″+ in certain places in a short period of time), Laurel Falls was really spectacular.

The hike to the falls is consistently uphill, but not so steep that it makes one regret the hike! The hike is about 1.3 miles one-way. With the rain falling, it was an almost mystical journey. The green in the just-emerging leaves was really intense.

There are two separate drops of the falls, separated by 10 feet or so, but distinct enough that you can’t capture both falls in the same photo. The upper portion of the falls is very easily viewed from the bridge just over the creek. The lower portion can be seen just before the bridge, but is better viewed by taking a somewhat obvious path before you reach the bridge. The path is steeper, but not too difficult to hike. 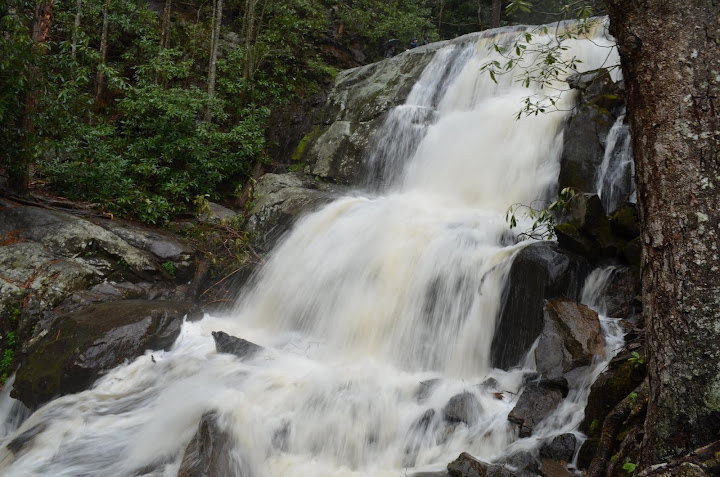 The lower portion of Laurel Falls (in April 2013) 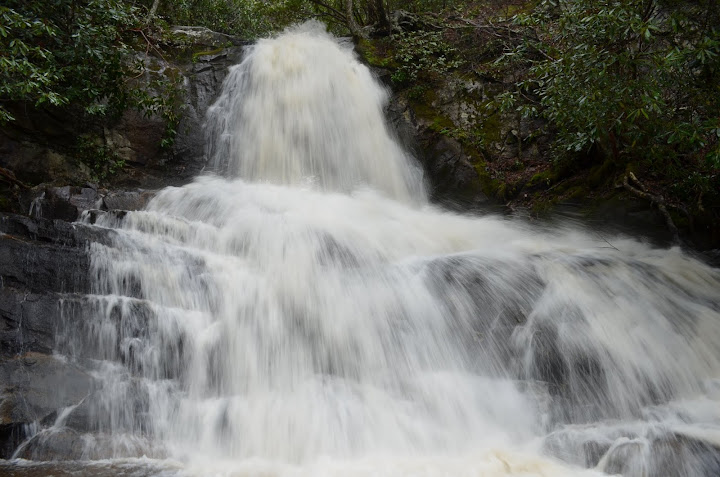 The upper portion of Laurel Falls

Where in the World is Laurel Falls?