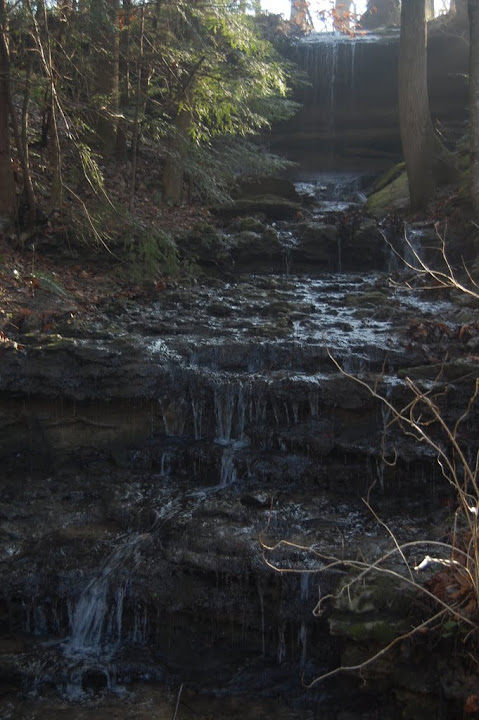 In Burgess Falls State Park, there are a number of smaller waterfalls to be found. They are all waterfalls that flow into the Falling Water River. The third of these unnamed falls is probably the least intriguing.  At the right time of day, it might be very pretty, but the sun was shining directly behind the falls. (It was early morning when I visited, and had the whole place to myself.)  I’m guessing the waterfall is likely to be flowing only in times of higher rainfall. I could imagine it drying up when there isn’t as much rain. I visited the falls in late December, though I don’t know if there was much rain before that.

A random note:  Even though I numbered this #3, this is actually the one of the first unnamed waterfalls you will encounter.