I have to admit I did not have much luck finding waterfalls along the California coast this weekend. To be more specific, I found a number of waterfalls, but there were either at very low flow or completely dry. Late May seems to be already outside of the realm of finding most waterfalls.

(Let me briefly mention Stornetta Falls, which was completely dry…The Stornetta Public Lands are still wildly worthwhile the visit, and the falls/lands are only about 35 miles from Russian Gulch Falls.)

I did have one bit of luck, though. I was completely unaware of it, but it rained as I was sleeping, and I awoke to the promise of a slightly more interesting waterfall. While Russian Gulch Falls was not at its peak flow (at least compared to other pictures), it was still flowing enough to classify it as a moderately interesting waterfall!

The hike to the falls is amazingly breathtaking. The forests surrounding (almost engulfing) the trail are stunning. A number of wildflowers were in full bloom. While there is some uphill/downhill motion, I still found myself arriving at the falls much sooner than I originally expected. And that is after having to park at a more distant spot. Arrive early in the day on a busy weekend if you want to park right at the trail head. The hike from the trail head was about 2.5 miles one-way, and it probably falls on the easier side of moderate difficulty. I almost remember feeling that it took longer on the way back, which is unusual.

Russian Gulch Falls isn’t particularly tall, nor is it the most enthralling waterfall. But sometimes it’s the whole package that counts, and also just finding a waterfall in the first place. 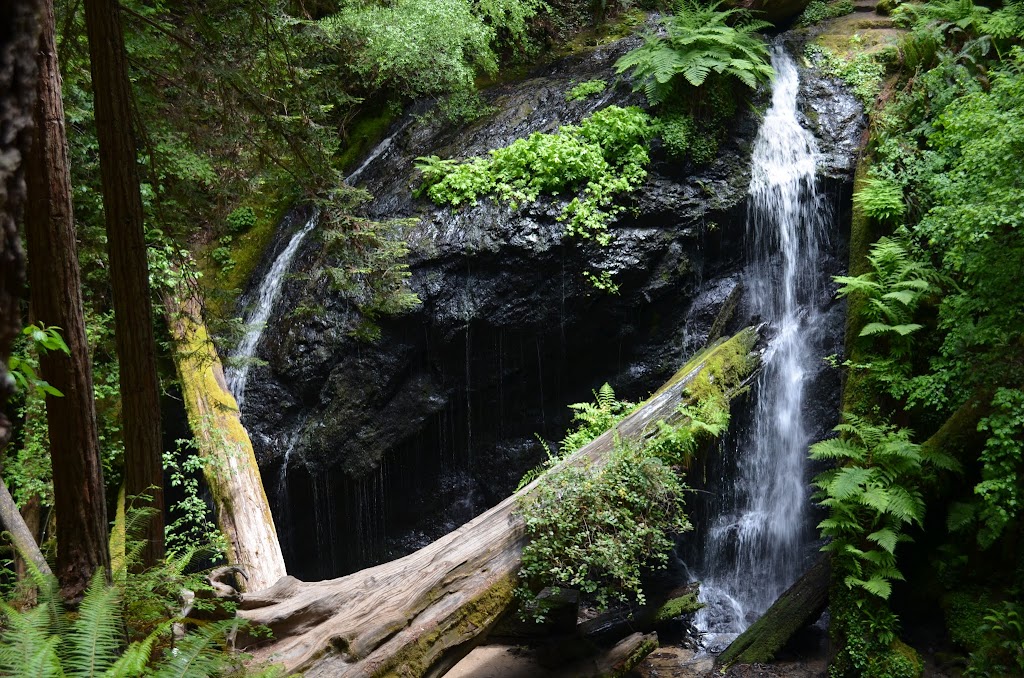 Russian Gulch Falls in late May 2013

Where in the World is Russian Gulch Falls?