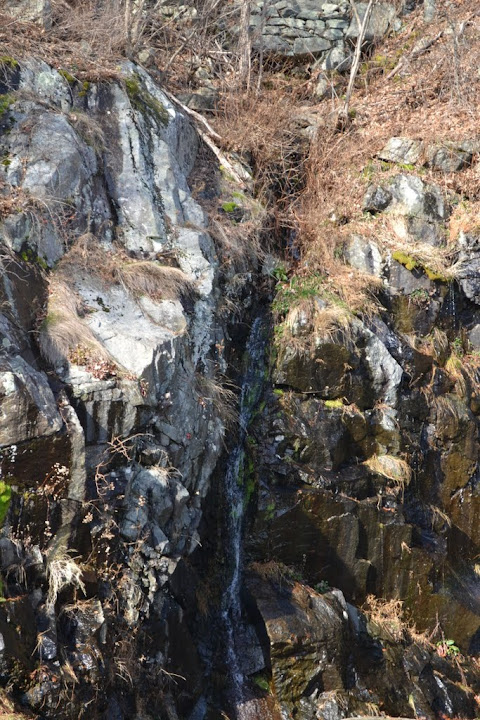 Sometimes I wonder why I post about certain waterfalls, but I guess I’ll report (nearly) every waterfall. Tunnel Overlook Falls is wildly easy to miss if you aren’t intentionally searching for it. And even then, you still might not notice it with all of the beautiful scenery surrounding you.

I had entered the park and was driving along the Skyline Drive. At one point you drive under a tunnel, and then there is an overlook directly after the tunnel (if you are heading southwest). This overlook provides a spectacular view of the mountains. If you listen closely, as I did, you will notice the trickle of water. Right in a corner near the tunnel is this small waterfall. It might not be truly natural, as it might be a byproduct of building the tunnel. Even so, the water is coming from somewhere! The falls might even be more interesting after a strong rainfall. I wouldn’t go searching for this waterfall by itself. The falls in White Oak Canyon are much more impressive, but you might pass this along the way.

Accessibility: 10/10 (be careful near the other cars!)
Height: 25′
Length of Hike: Roadside

Where in the World is Tunnel Overlook Falls?