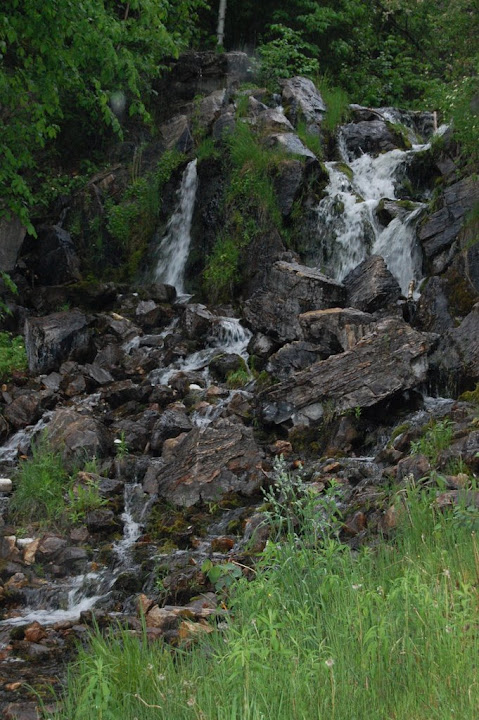 I won’t pretend that I’m an expert on the waterfalls in the southernmost portion of the Upper Peninsula of Michigan. In the northern, eastern, and western portion of the U.P., there are either numerous interesting waterfalls, or a few significant waterfalls. In the southern portion, though, may have more than expected. It just seems to be that many of them have been dammed, while others are rather insignificant rapids that can be somewhat difficult to get to in the first place, and aren’t all that worthwhile visiting. The current book on Michigan waterfalls doesn’t list many waterfalls in the region, though I know of a newer book that might provide information on other lesser known falls.

One of the few easy-to-visit falls in the southern U.P. is Fumee Falls. It is a few miles from Iron Mountain near the town of Quinnesec (which is just across the border from Wisconsin). If you drive along US-2 from Iron Mountain, it really isn’t that difficult to find. There is a park right near the falls. Fumee Falls is somewhat unique. There aren’t many other falls that remind me as being similar to this. It almost seems oddly placed. After the creek drops down the falls, it flattens out pretty quickly, and then meets US-2. It’s not particularly tall, though it is still worthwhile enough to visit if you’re in the area. Fumee Falls is probably best visited as the snow is melting. As the summer progresses, it probably loses some of its character.

Where in the World is Fumee Falls?