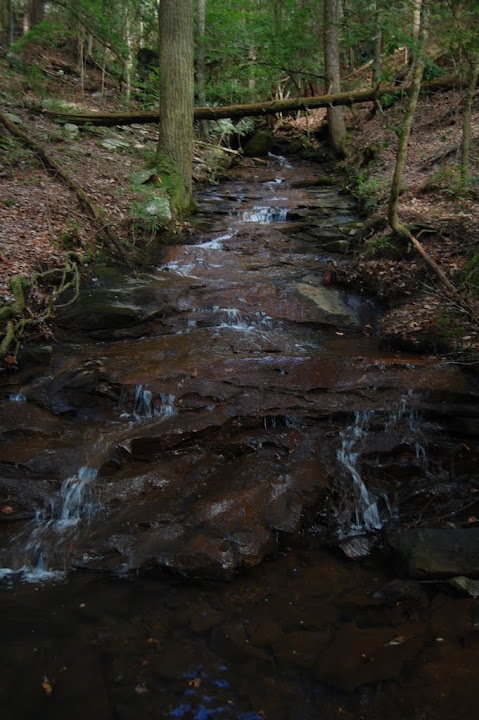 An unnamed waterfall on the Fiery Gizzard Trail (December 2009)

The Fiery Gizzard trail is a treasure trove for waterfall hunters. Sycamore, Black Canyon, Hanes Hole, and Blue Hole Falls are all named falls found along the trail. There are at least three other unnamed falls, #1 and #2 discussed previously. Not all of them are particularly tall, but that’s made up for by sheer number of falls.

I visited in late December, and the hike was extremely enjoyable. It was slightly cloudy out, but the temperature was still nice (for a Michigander). This is one of the last falls that I found on the hike, which I couldn’t tell you the exact length. The Fiery Gizzard Trail as a whole is something like 13 miles long, though I stopped after Sycamore Falls. This specific falls might be more impressive after a lot of rain, though I still found it to be enjoyable.