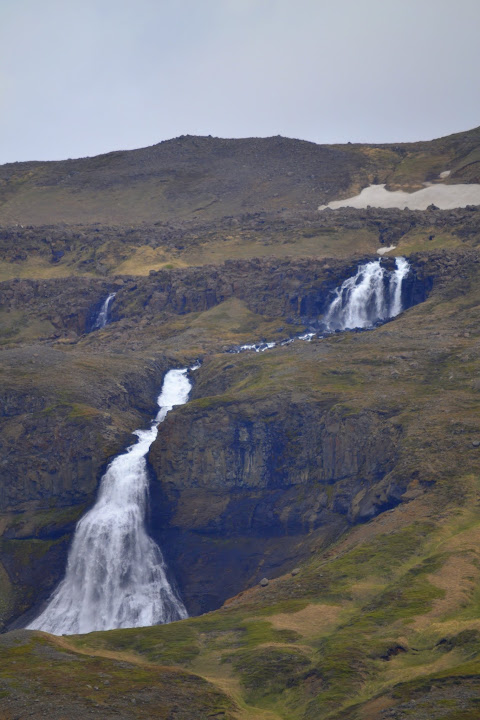 Iceland has a significant number of waterfalls.  Over a seven day period, I was able to see on the order of 30 waterfalls.  A significant portion of those falls were very easy to visit, not that distant from the main road, the Ring Road.  A few of these waterfalls were not officially named falls, but were visible from the Ring Road.  Two of them, designated Ring Road Waterfalls #2 and #3, have been discussed before.

Each of these three waterfalls were along a rather isolated stretch of the Ring Road, though not the most isolated.  (A few portions of the Ring Road are unpaved and wilder.) This portion of the road between Akureyri and Egilsstaðir doesn’t see a significant amount of traffic, and I was able to stop on the road itself to shoot photographs of the falls.  I could have probably sat there for minutes without meeting another car.  It’s honestly a much better feeling than seeing  a cool roadside waterfall and being unable to stop because of busy traffic.  This waterfall is definitely the most worthwhile to stop and photograph.  It’s actually wide enough that it should qualify as a waterfall with a parking area.

Where in the World is Ring Road Waterfall #1?