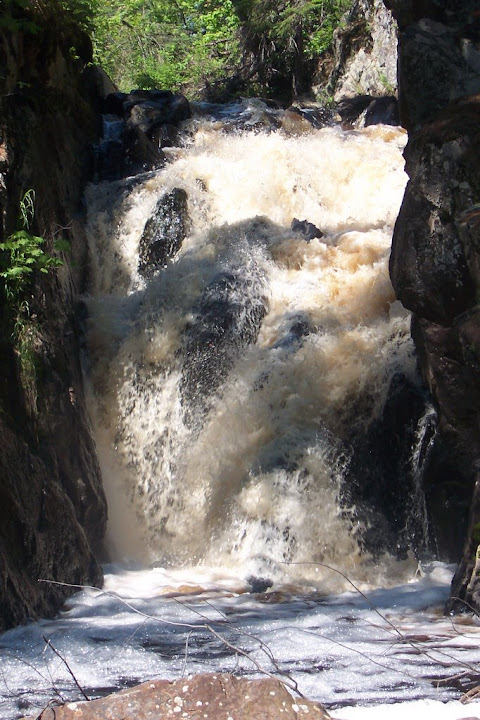 There’s only one other waterfall I can remember visiting before Black River Falls, so it’s not the first, but it’s pretty darn close. (Tahquamenon Falls wins that distinction.) I’m guessing this is the waterfall that set everything in motion, though. I had visited the Upper Peninsula of Michigan a few times because of a college friend, and had started exploring the area. She had mentioned that there was this waterfall nearby, and I joined along for the ride. Who knew I’d be approaching 700+ waterfalls eight years later.

Compared to other waterfalls in the Upper Peninsula, Black River Falls isn’t even wildly impressive. It’s a nice waterfall, though it might not be much in the depths of summer. In early June, you’re still likely to be find water flowing at many waterfalls, since it hasn’t been that long since the snow melt! It does take a bit of effort to get to the base, as I remember stubbing my toe on a rock (hard enough that it clearly bruised). If you’re in the Marquette/Ishpeming area, I might go and check this out. Otherwise, this requires some drive out into the quiet areas outside of town, so I wouldn’t go out of my way for just this falls. (Luckily, the Upper Peninsula has no lack of waterfalls, so you’re probably in close proximity to another one.)

Where in the World is Black River Falls?