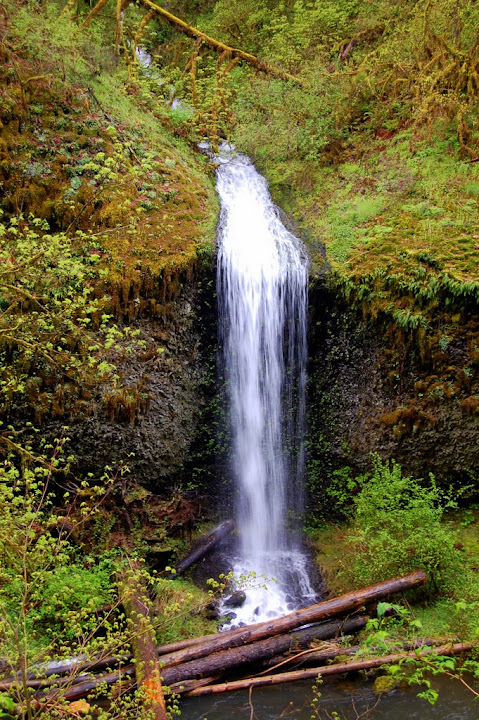 Silver Falls State Park has ten main waterfalls that are named. I think there’s an eleventh that is also named, and while it’s on the map, it’s not one that you might go searching for. It ends up that there are many other smaller waterfalls in the park. Since they’re smaller, they haven’t been named, and some logically so.

There’s one “unnamed” waterfall, though, that is pretty tall and prominent, and if you’re walking around on the Ten Waterfalls Trail, it’s pretty hard to miss. (That’s assuming that there’s water flowing, which isn’t a crazy assumption in Oregon, unless it’s really dry.) This waterfall is about 15-20′ tall or so, and because the other waterfalls around it are taller or wider, it probably got lost in the shuffle. Or maybe it has a name, but it’s been kept a secret. It’s not Hidden Falls, since it’s the exact opposite of hidden. As you’re walking along the trail, it’s on the direct opposite side of the river staring you in the face. So don’t forget “Captain Obvious Falls” the next time you visit Silver Falls State Park (which must have not been that obvious if you didn’t notice it the first time!).

Where in the World is the Waterfall in Silver Falls State Park?