Florida is one of the more difficult states to find waterfalls (though apparently North Dakota is even more difficult). There aren’t many significant drops in a state where the highest point is only 345′ above sea level! Two similarly named falls, Falling Waters Falls and Falling Creek Falls, are two of the more impressive waterfalls. There’s at least one other waterfall that’s easy to find, though it requires that your definition of waterfall be as expansive as possible…no height requirements, drop requirements, etc. Just the fall that water is naturally falling!

Steinhatchee Falls is upstream from Steihnatchee, Florida. In terms of geography, it is right in between the two other falls mentioned above. If you designated a whole day and were willing to drive some distance, you could hit all three falls, though it would be best to do this after a good rainfall. If you had to skip one, Steinhatchee Falls would probably be the one (though it did have more water flowing than Falling Water Falls, which I visited at a later time).  I think the biggest drop is about 1′, not much more than that! I will say, though, that the scenery around the falls is particularly beautiful. There’s a park right nearby the falls, and on a comfortable day, it would be a great place to come for a picnic. It’s rather isolated, so it doesn’t get that crowded, though there were three or four other people there when I visited. 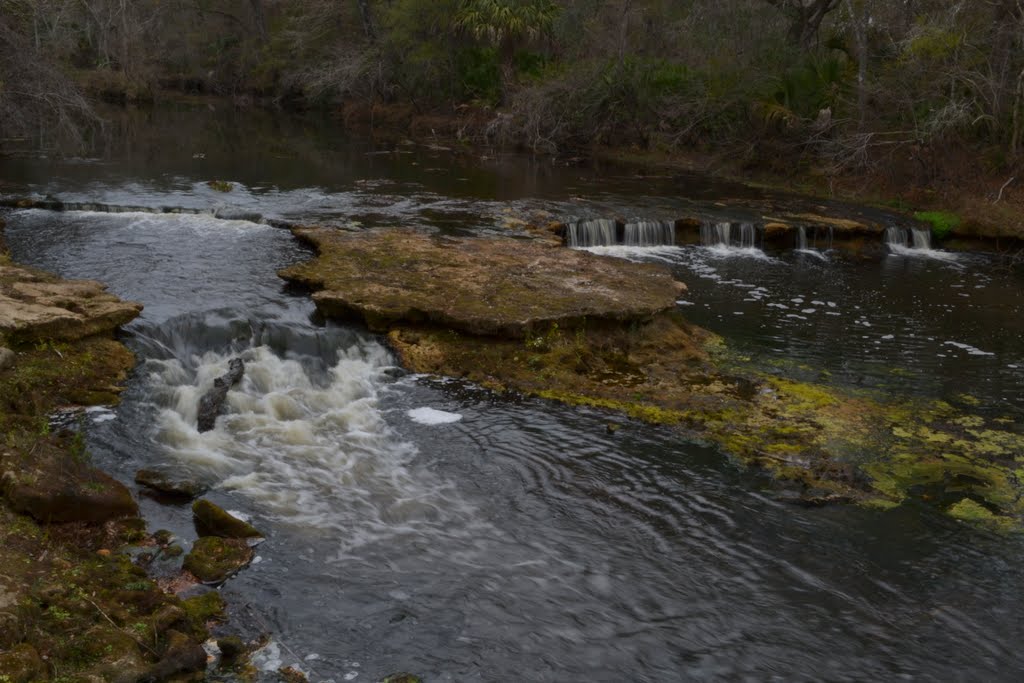 Where in the World is Steinhatchee Falls?