Waterfalls in Mississippi aren’t abundant, so when I heard about Owen Creek Falls, I wanted to find it. There was just one thing that almost deterred me from that objective…people seem to say access to the waterfall is unavailable. Here’s how the story went.

I’m driving along the Natchez Trace, which is beautiful even this time of year. I’ve read that Owens Creek Falls is not accessible, but one website says there’s another waterfall in the vicinity. I slow down as I approach the place I think the waterfall would be and I pull into a designated parking area. I get out of the car, and see a sign for Owen Creek Falls. It’s got a description of the falls, and it mentions that the water levels have dropped significantly over the past few years, so it’s likely there won’t be much water flowing. For some reason, I thought the waterfall required a hike (that’s the way it read on some sites). So I’m thinking to myself…it requires a hike, which is closed, and there’s probably no water flowing…

And then as I listen closer, I begin to hear flowing water. I start walking over toward where a metal fence has been put up, and what do I see? Owens Creek Falls just a few feet away from me! I was absolutely surprised…I was under the impression that this waterfall couldn’t be seen, and here it was in plain sight!

Yes, there was a metal fence that to prevent you from going down what used to clearly be a trail to the base of the falls. I didn’t go down since I absolutely want to respect the rules…let’s not ruin even partial access! (The ground in the region isn’t particularly stable, so I understand why access has been limited.) And yes, there wasn’t a whole lot of water flowing. But there is a waterfall you can see. The parking lot wasn’t blocked in any way, and all that was required is walking across a grassy area to the fence to see the falls (albeit not from the perfect angle). So…I’m honestly confused why it’s communicated as being inaccessible. (If it’s supposed to be blocked off more, someone can let me know!)

Where in the World is Owens Creek Falls? 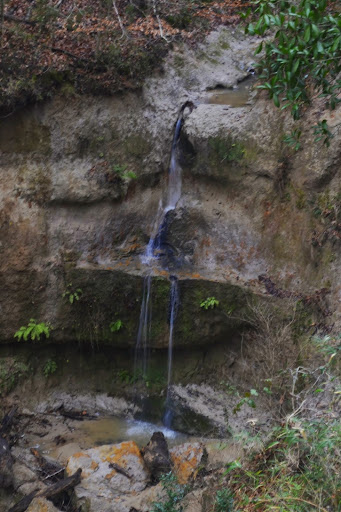 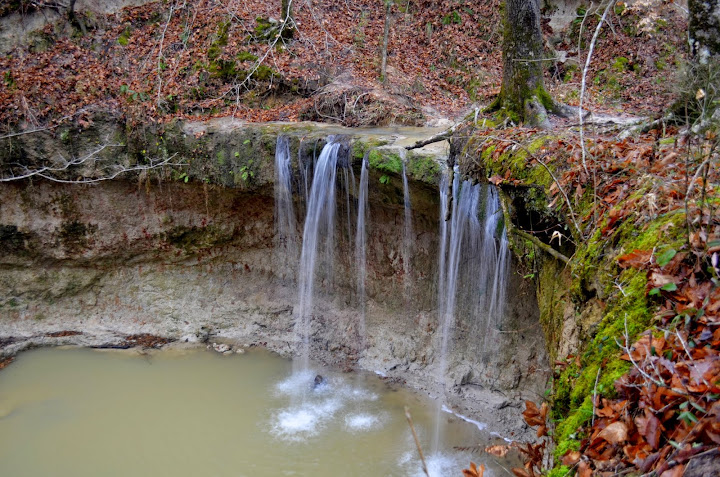