I visited Nova Scotia and New Brunswick three years ago, and they were both beautiful to visit. I, of course, was looking for waterfalls. In Nova Scotia, they are somewhat spread apart. I visited Wentworth Falls, which was probably my favorite of the three waterfalls I visited. Joseph Howe Falls and Waddell Falls are both in the same park, Victoria Park in Truro, and are both along the same creek, so they would classify as pretty close!

You can read my post on Waddell Falls to get more information, so I’ll just give you the rundown. Victoria Park was actually a pretty happening place. I wasn’t sure whether to expect a quiet oasis or a bustling hub, and I was surprised with a bustling hub of activity. The hike to the falls is simple and rather enjoyable, but when I visited, there wasn’t much water flowing over the falls, which is a bit surprising since I visited in May. These falls would best be viewed after rainfall, obviously, where they would probably appear rather impressive. If you happen to be in Truro, famous for its tides, this is a quick stop that doesn’t take much effort. 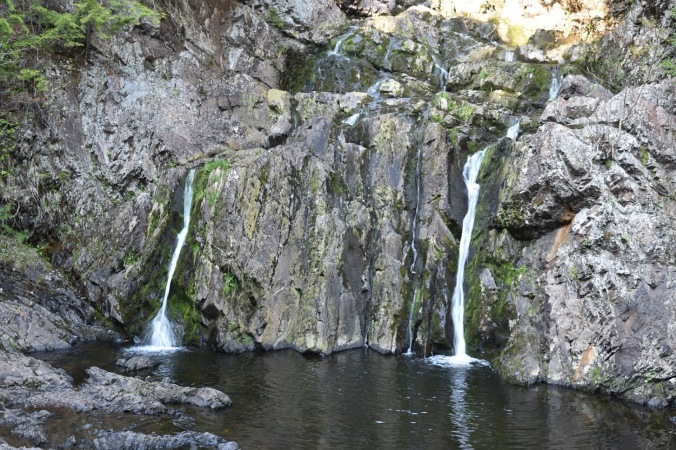 Where in the World is Joseph Howe Falls?

Last year around this time, I traveled to Nova Scotia. After arriving in Halifax, I headed northeast toward Truro. Truro is a nice, quiet town that’s most likely known for its tidal bore (how the tides come and go). In the town are two waterfalls along the same river, and that’s what I was there to find.

As I mentioned in a post about another waterfall in Nova Scotia, Wentworth Falls, there are many waterfalls in Nova Scotia, but they’re scattered throughout the province. They’re also often out far enough that you’ll spend some time driving from one to the next. I wanted a few quick waterfalls, and Waddell Falls fit the mold. It’s in Victoria Park in Truro. I was able to take a nap after arriving in Truro, and yet still had enough time to drive to the park and hike to the falls.

The hike is mostly level, with only the last portion being a bit uphill. The park was very busy, as the weather was extremely nice on the day I visited. There were a number of different events going on. The trail to the falls was very clearly marked, and I had no difficulty arriving at the falls. There were many others visiting the falls also. You’ll come upon Joseph Howe Falls first, and then a bit upstream (and uphill) is Waddell Falls. The only negative…there wasn’t a lot of water flowing. I’m not sure when would be a better time (obviously after a lot of rain), so I took what I saw. (There was enough water that the mosquitoes were crazy!) 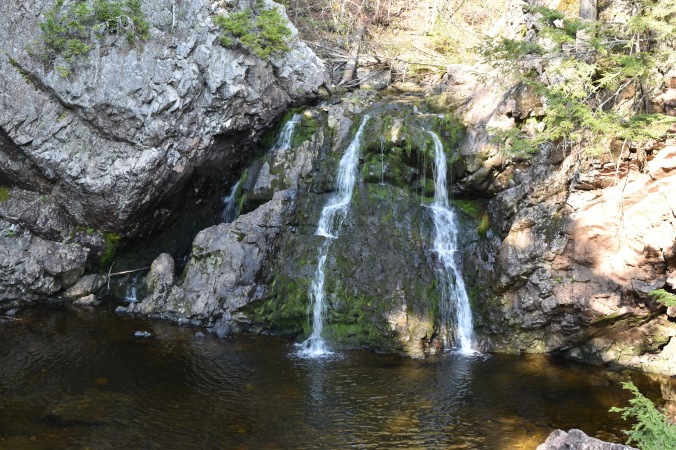 Where in the World is Waddell Falls?