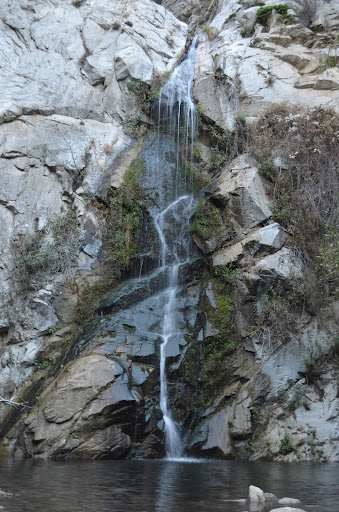 I usually remember the waterfall, but my memory of Sturtevant Falls is somewhat fuzzy. I do remember the before and after of getting to and from the falls, and that might just have something to do with the blurriness.

I had already visited Paradise Falls earlier that day, and was now driving east from that area. I have read there is often difficulty finding parking, but by the time I showed up, there was more than adequate parking in the designated area. I went and paid the day-use fee, and then I may have wandered around for a bit on the wrong side of the road (but I might I’m getting another waterfall mixed up here).

At some point, I realized I need to head downhill, which was not what I had originally expected. And as I saw people walking “far below”, I realized this was a steep downhill journey. Now, it’s not terrible, but it still keeps reminding you that you have a steep uphill return. This is also the point where I started feeling somewhat dizzy and nauseated. I remember wondering whether I should turn back since this was just the downhill portion. I kept going. I pushed myself into high gear because I also was worried I wouldn’t get back until after sunset.

So I think I turned around pretty soon after getting to the falls. There wasn’t much water there, so I wasn’t extremely excited. I had seen the more interesting (on that date) Paradise Falls before this. So I hiked back up the road. I actually felt better on the way back, though I do remember exerting a lot of energy. It’s a paved road for the steep portion, which might make it a bit easier.

After getting back to the parking area, thinking I might need something to eat, and then eating a pretty big meal, I realized I was actually sick. So that’s mostly what I remember, though overall, it was a very minor ordeal. I think that part may have blocked out the memory of the falls (or maybe it was the thought of the hike back up!).

Where in the World is Sturtevant Falls? 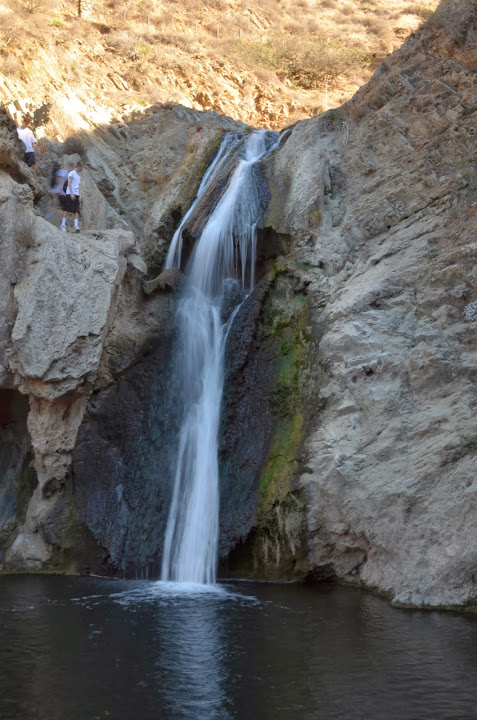 I know there are a number of waterfalls in Southern California, and I’ve wanted to visit the area for a while. The winter and spring are apparently the best time to visit, so I flew out this past weekend for warmer weather. (As a side note, I know there are differing view of “warm” depending on where you live, but a low of 45 F is still much better than 14 F. Don’t tell me I’m coming to cold weather after leaving Michigan.) I ended up being sick for a portion of the time, so I didn’t see as many waterfalls as I would have hoped. Of the three I did visit, all had some water, though.

Paradise Falls was the first waterfall I visited. It is north/west of Los Angeles. While the parking area was bustling, there seemed to be an equilibrium of people leaving and entering, so I was able to find a parking spot quickly. There are a number of hiking trails, so I was disoriented for a short time, but finally (and without much stress) found the trail to Paradise Falls. Much of the trail is easy hiking, except for the last third or so, which involves hiking downhill. It’s not terrible by any means, though. The hike I took later that day (to Sturtevant Falls) involved a longer downhill hike.

The falls are busy, and there is a certain unique smell (consider that a sign indicates one water source for the falls is municipal). Even so, I think it was my favorite of the three in terms of an actual waterfall. If you’re in the area, and you want to enjoy the outdoors, this is definitely a great place to do so.

Where in the World is Paradise Falls?