Horseshoe Falls is rather complicated. It’s shared between New York and Ontario, and can be better seen on the Canadian side. We viewed the falls from the American side, which I think leads to a more impeded view. If you want an even better viewpoint of the falls, you could try the Lady of the Mist boat, though that definitely costs a considerable amount. You’ll definitely be experiencing the falls, though!

Horseshoe Falls is beautiful, but it suffers from man-made effects. Because of the dam that cut off half of the falls, this leads to a very misty effect around the falls, making it rather difficult to see the falls from afar. Your view is blocked by a whole bunch of small, tiny water droplets conspiring to lessen the attraction. Oh well, it’s still amazing the amount of water flowing over the falls.

July 2015 Update: I had the chance to view the falls from the Canadian side, and I believe that there are honestly better views to be had on this side (for American Falls and Bridalveil Falls also). It’s just positioned better to see all three falls. I have to say visiting both sides is interesting because you get such different vantage points. I also had the chance to take a falls cruise, and this added another view to the falls. One thing about the Ontario side: it’s extremely commercialized…

Directions:
There are probably only a gazillion ways to get to the falls, so I am going to include this link that provides directions to the falls from multiple different directions.

If you want to view the falls from the Canadian side, and you are American, don’t forget that as of 2009, you need a passport, passport card, or an enhanced driver’s license.

Accessibility: 10/10 (easy)
Height: 167′
Length of Hike: varies depending on location

Horseshoe Falls in July 2006 (from the American side) 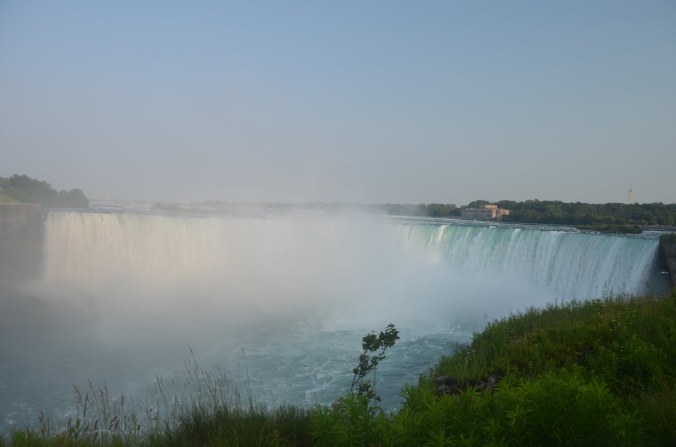 Horseshoe Falls from the Canadian side in July 2015 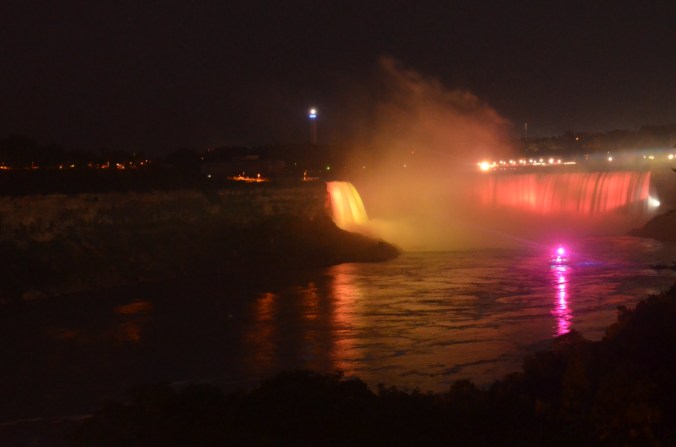 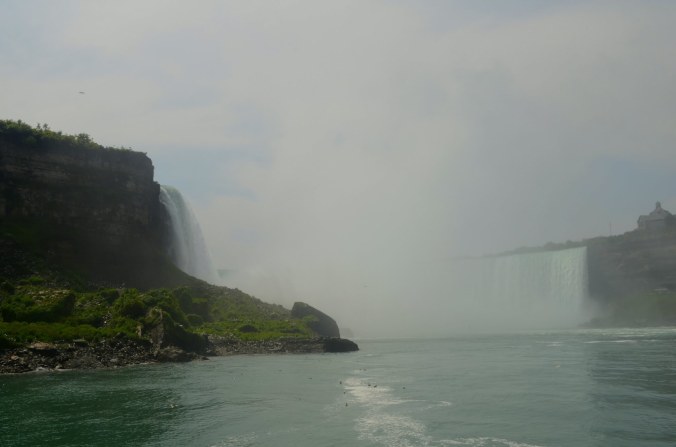 Where in the Word is Horseshoe Falls?