Most waterfall enthusiasts usually throw out the “man-made” waterfalls pretty quickly. There might be a mention of a man-made falls in the back of a book, but there often not included. Twin Falls bucks the trend. I’m not even sure if “man-made” is the right term, which seems to suggest that we human beings set out to create Twin Falls.

Instead, Twin Falls was the product of we human beings harnessing the power of water to do work. A dam was built in the area, and as a product, the pressure of the water built up, and the water started flowing out of the side of the hill. And now you have Twin Falls. It’s a truly interesting falls. You can tell something is odd, considering the water emerges from the upper-middle layers of the cliff, instead of at the top of the cliff. The falls then drop into the river below, which seemed pretty turbulent when I visited over Christmas 2009. The falls are surprisingly expansive, overshadowing what may have at one time been the more impressive Great Falls. The photo below doesn’t even capture the whole of Twin Falls.

*Note: Little Falls is found along a trail starting at the Twin Falls Overlook. 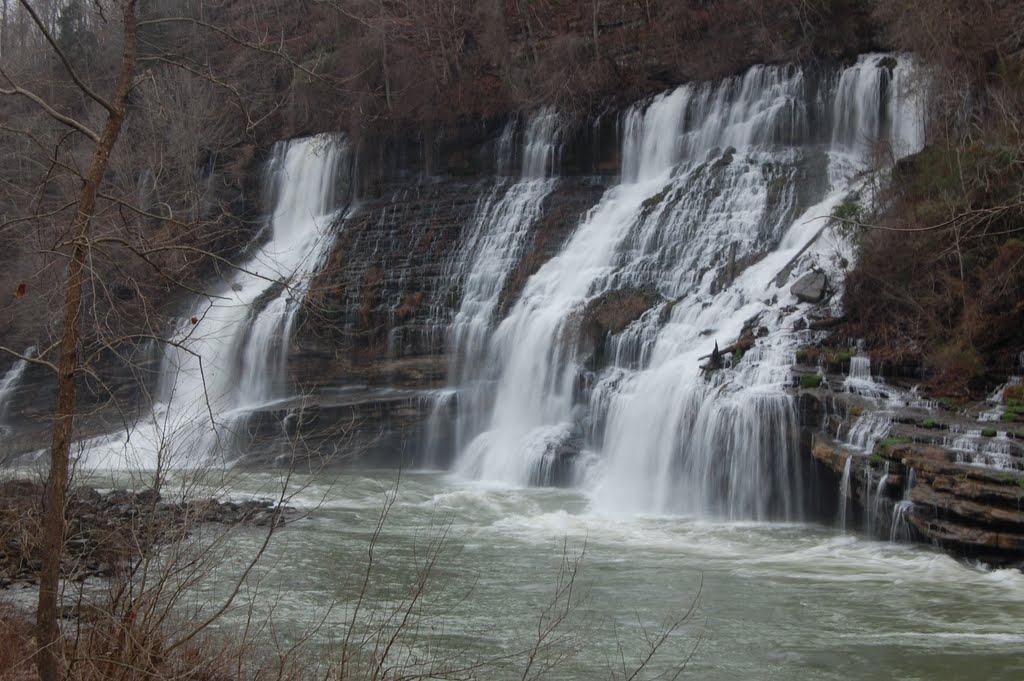 Where in the World is Twin Falls?