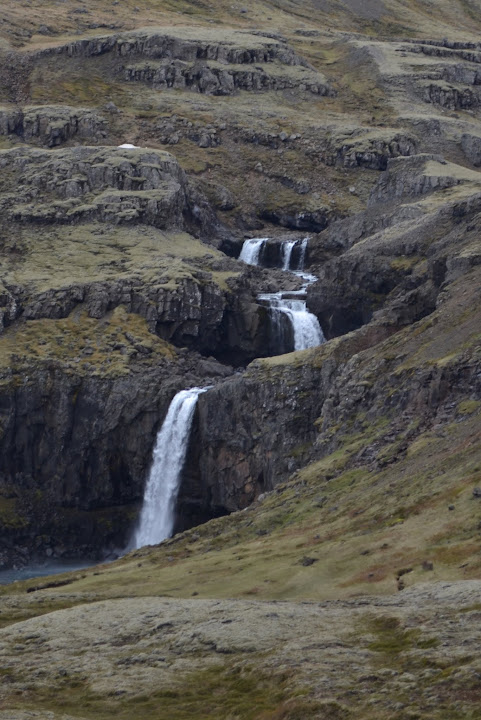 When traveling, I often find myself feeling equal parts terrified and amazed. I often stumble upon roads that seem less traveled, and am nervous while driving down them, for some reason thinking I could be stuck in the middle of nowhere. And yet I’m just ask excited when I find something that is just plain cool! Iceland doesn’t have any lack of interesting roads, as portions of the country’s system are still unpaved. I think the decision to drive down Road 939 was based on the fact that both this road and the main Ring Road were unpaved (which was surprising), and this seemed shorter on the map. It was definitely shorter, but it seemed just a bit more adventurous.

Iceland also has no lack of waterfalls, and along this road, there were are at least three rather impressive waterfalls. The last one I viewed, Folaldafoss, is what I thought was the only named one on the road, and is the only one that is easily visited. While I was able to stop and photograph the other two from my car, I didn’t necessarily feel certain that I could stop for an extended period of time along the road. It was narrow, winding, and steep. At many points, I was just hoping no one was on the other “side” of the blind hill. Because it shortens the trip between Höfn and Egilsstaðir, I get the sense more people do take it, and yet it’s not that busy in this region.

It’s big enough that anywhere else it would deserve its own stop. With so many other waterfalls in Iceland, it didn’t receive that honor. I’m not sure that many people pass by it every day, so it makes it worth your while to pass by and see this waterfall plunging from Iceland’s cliffs.

Where in the World is Hænubrekkufoss?

One thought on “Hænubrekkufoss, Iceland”