I love finding waterfalls in geographic locations that don’t necessarily conjure up the thought of waterfalls. I’ve mentioned before that Nevada is one of those places for me. There are waterfalls for those who look, though! There are a number in the area near Las Vegas (including First Creek and Lost Creek Falls), and one of my followers let me know about waterfalls in Lamoille Canyon near Elko (which I have added to my list of places to visit). If you live in the Reno/Carson City area, there are a few waterfalls near the cities, including the previously mentioned Hunter Creek Falls. In Carson City, there is also Kings Canyon Falls, a small, but beautiful and easy-to-visit waterfall.

It’s a very easy drive outside of Carson City’s downtown area (though you are still officially in Carson City based on boundaries). At the parking area, you hike up mildly steep switchbacks for just over 1/4 of a mile to reach the falls. After hiking almost 6 miles round trip in warmer conditions to see Hunter Creek Falls earlier that day, the short hike in the cool shade of the evening was very enjoyable. (I was a bit cold, actually!) It’s not a big waterfall, about 30′ or so, but it’s worth a detour. In late May, there was water flowing, though it might dry up as it gets warmer in July and August. When it’s flowing, though, I’m guessing it’s rather popular, as there were a surprising number of people hiking to the falls. 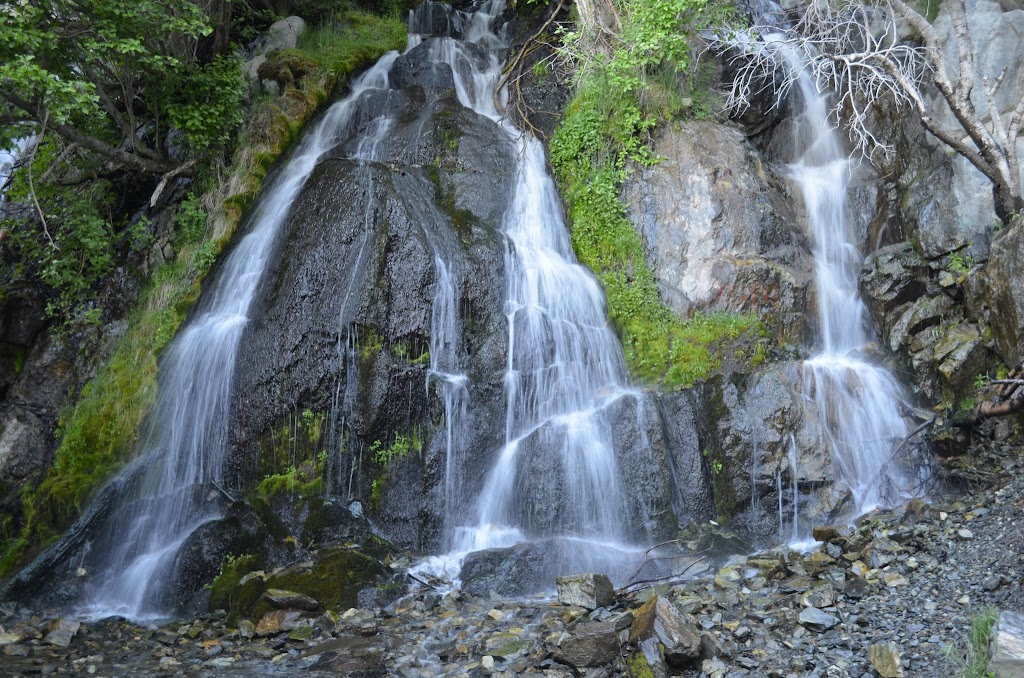 Kings Canyon Falls in late May 2013

Where in the World is Kings Canyon Falls?