I visited Watkins Glen State Park almost 4 years ago to the day, and I guess it’s as good of a time as any to reminisce. In early May, Watkins Glen is often still trying to shrug off the effects of winter. When we visited, only about a third of the trail was available for hiking. The other two-thirds was blocked off because park rangers still had to make sure that there weren’t any dangerous new obstacles. The park was very good about making us aware that only a portion of the trail was hike-able before we paid the entry fee.

As you start along the trail, Sentry Falls is right in view. There is an uphill climb, though it is not particularly bad. I believe Minnehaha Falls is the second clearly visible waterfall along the trail. It is a difficult waterfall to capture, as there’s not an angle that is especially good for photographing the falls. It is easy to capture the stunning effects of erosion. As you continue further along, you will encounter the Cavern Cascade.

So if you’re planning on visiting Watkins Glen State Park, what’s the best bet? Visit in late May or early June when you’ll have more luck hiking the whole Gorge Trail. 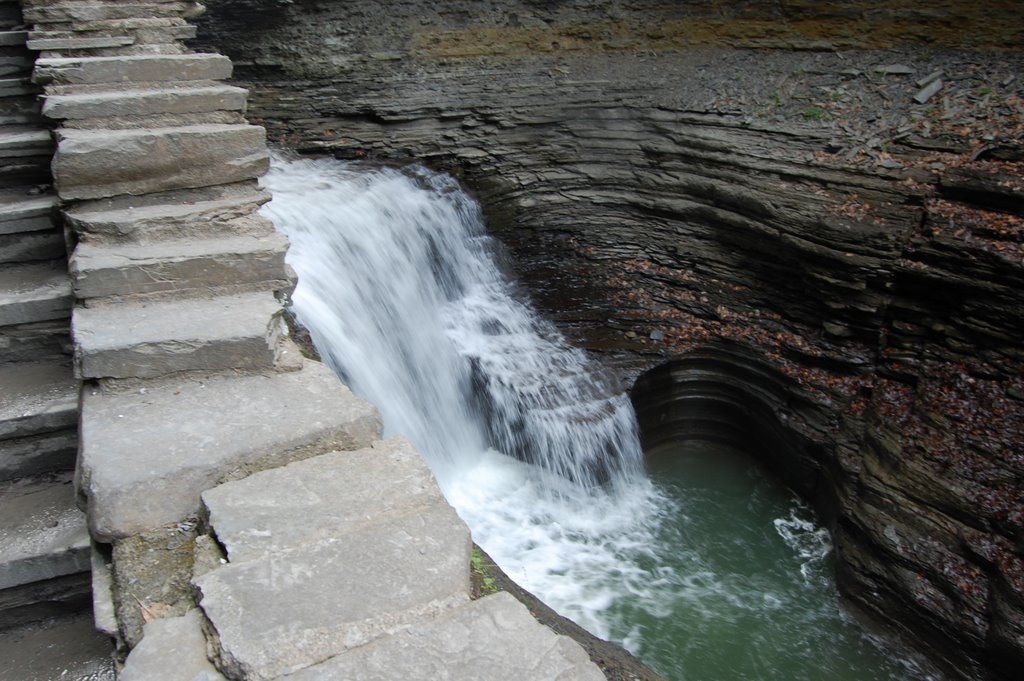 Minnehaha Falls in May 2009 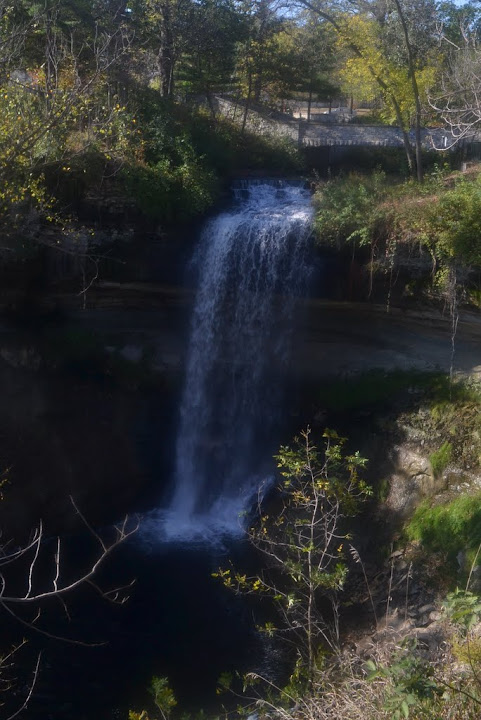 If you’re visiting Minneapolis, and you want to see a waterfall in the city, Minnehaha Falls is the waterfall for you. It’s a few miles outside of downtown Minneapolis in one of the suburbs not to far from Minneapolis/St. Paul International Airport. Getting to the falls is not particularly difficult either. I was expecting to face a lot of traffic, but there wasn’t a significant amount, and there was also plentiful parking when I visited.

At Minnehaha Falls Park, you’ll find a fish and chips restaurant (which I didn’t visit since I’m not a big fish person). You’ll also find a number of different viewpoints for the falls. There is one viewpoint that essentially starts near the crest of the falls and extends outward without any significant elevation change. This is where the picture shown here was taken. If you would like to get a closer view, head down the stone steps to the viewpoint in front of the base of the falls. You’ll be in front of the falls, though you won’t be extremely close to them. When I visited in mid-October of last year, the sun just so happened to be at the right angle that it was causing some problems getting great pictures. There also wasn’t a massive amount of water, though there was still more than a number of other falls in the area (some of which had almost dried out).

Note: Hidden Falls is found very close by on the other side of the Mississippi River.

Off in the remote parts of Georgia are some surprisingly beautiful waterfalls. Minnehaha Falls is one of the more accessible falls in this area around Lake Rabun. The trip to the falls involves a whole lot of twisting and turning at 25 mph on roads that hug the mountains, so get ready to get a little bit dizzy! But when you finally get to the falls, you’ll be extremely happy you’re a little bit dizzy.