The first time I visited Ocqueoc Falls was in March a few years ago. The snow was still relatively deep at that point, though not deep enough that we couldn’t get to the falls. It’s one of the few waterfalls I’ve visited where snow is still present on the falls itself. Since the falls are smaller, there really isn’t any amazing ice structure that forms. It’s actually surprisingly peaceful, as long as you can feel your toes!

I later went back to visit the falls, which have the distinction of being one of two known waterfalls in the Lower Peninsula of Michigan. (The other, recently “discovered”, is found in the Manistee National Forest.) In the summer, a different personality of the falls was present. I realized then that no single drop is considerably large, though the river is 20′ wide or so. It is a great place for people to relax and play in the falls. Forest trails also start near the falls, and there are many hiking opportunities here. 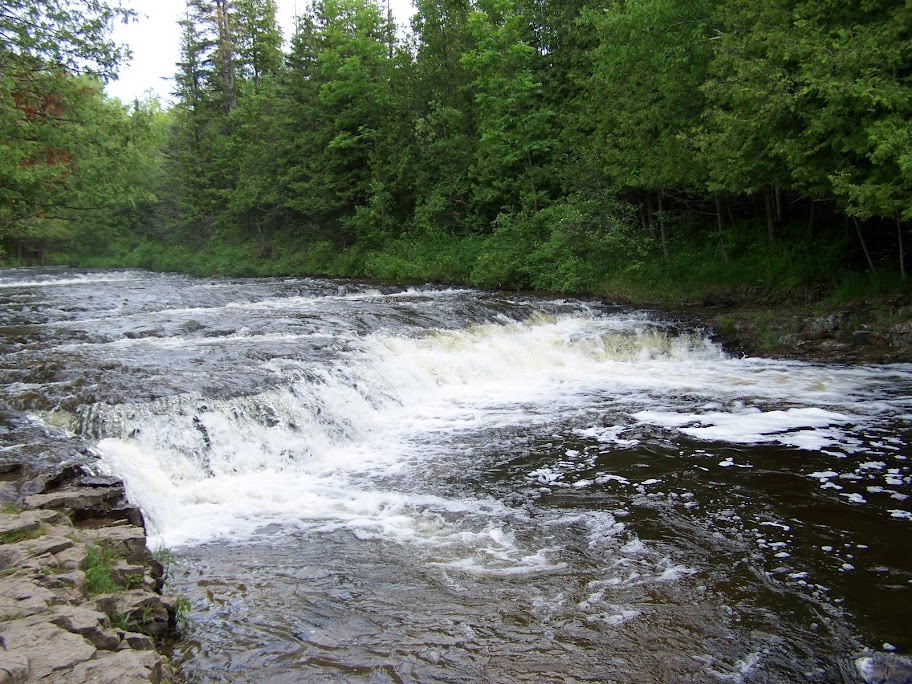 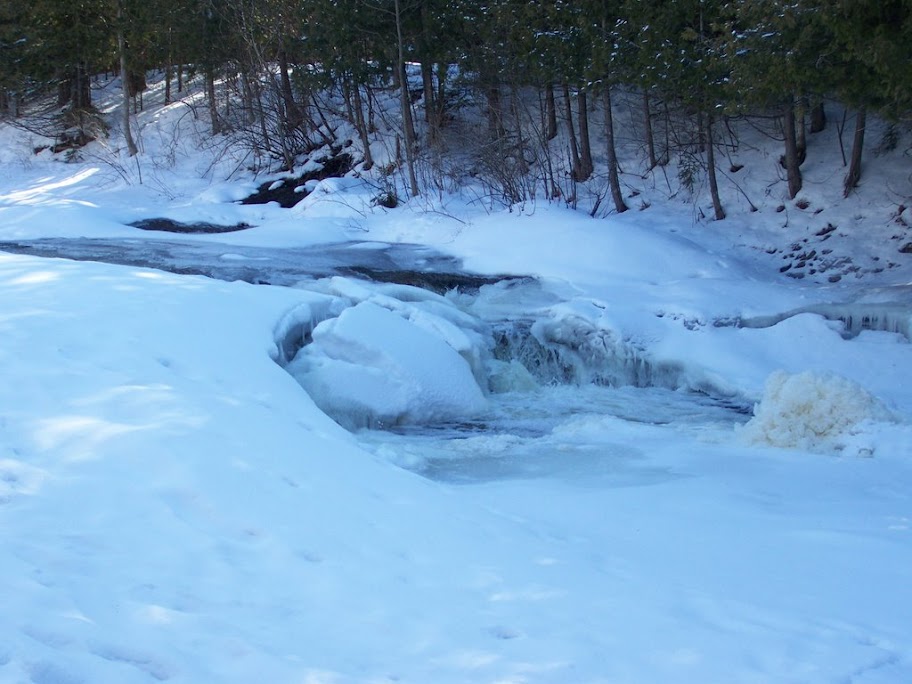 Where in the World is Ocqueoc Falls?