I live in Michigan, and I honestly enjoy living here. So every once in a while I get a teensy bit annoyed when I hear people suggest that Michigan’s waterfalls can’t be amazing because there isn’t a significant elevation change. There are some really great waterfalls in Michigan. Just search to find examples! And then, on the opposite extreme, Michiganders (and maybe other vertically challenged states) have a tendency to advertise waterfalls that aren’t really amazing, and probably wouldn’t even register in other states. Whitefish Falls is an example of Michiganders being just a bit too excited, though I’ve seen smaller than this being called a waterfall of importance.

Whitefish Falls is found in Alger County, which has some really great waterfalls, along with some very scenic waterfalls. Whitefish Falls just can’t compete. I had visited other falls, such as Laughing Whitefish Falls and Miner Falls, in the same time period, so this seemed mild in comparison. It would be a great place to wade and enjoy a nice summer day, but it’s not a waterfall that I would go out of my way to visit (at least after visiting it)! There are just so many other waterfalls that are far more worth your time. (If I remember, there were campgrounds right near the falls, so it could be an enjoyable place to set up a tent, without being as crowded.) 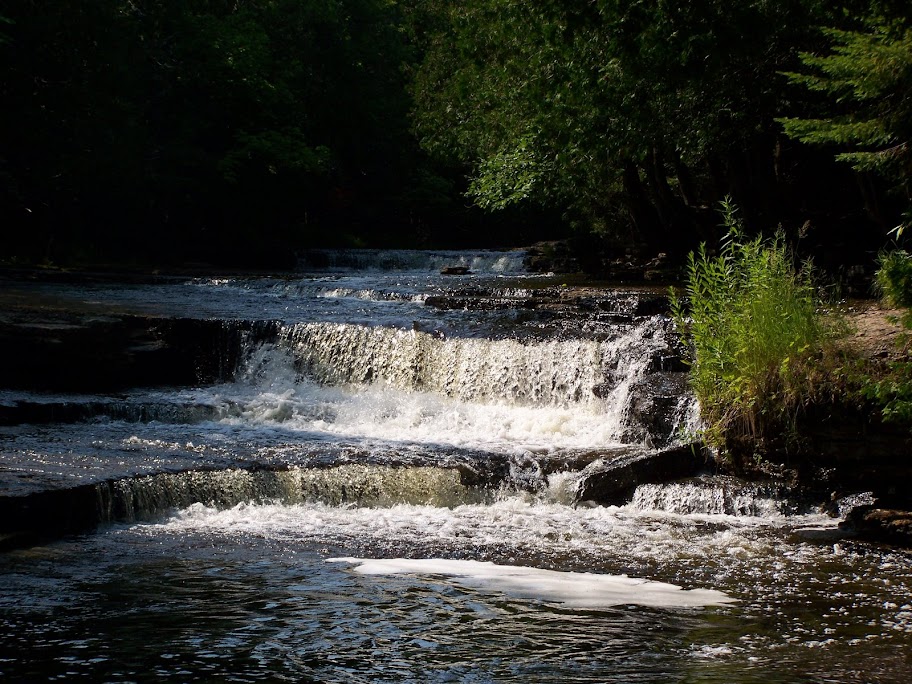 Where in the World is Whitefish Falls?