One of the struggles with waterfalls isn’t necessarily finding the waterfall…It’s that you’ve found a waterfall, and yet there might not be an appropriate place to stop and capture the waterfall with your camera. There have been many times I have passed smaller waterfalls (and a few taller waterfalls) because there was absolutely no way to stop.

Iceland has so many waterfalls that you might become numb to them (though I didn’t after a week). And as you’re driving along a gravel road in what is honestly the middle of nowhere, you are likely to come upon a waterfall. On of the most unique roads I was on was Road 939. It’s by no means the worst road I’ve been on, but it also made my stress levels go up just a bit. And yet…the waterfalls help those levels go down. I’ve already recorded one unnamed waterfall (which I later found out had a name): Hænubrekkufoss, and the clearly named waterfall: Folaldafoss. Both waterfalls are stunningly beautiful, surrounding by an almost bleak landscape. As I look at this waterfall I’m describing now, I realize that in many other places, this would be a noted destination…and yet in Iceland, it’s just another waterfall in a remote location. There’s something honestly fascinating to me about that! 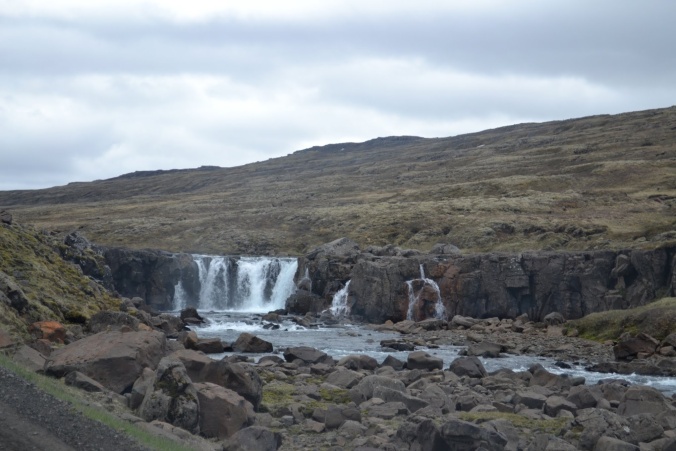 Where in the World is Waterfall on Road 939?