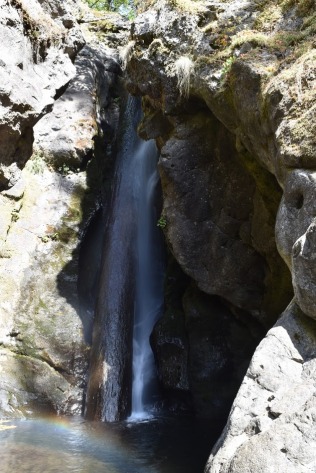 The upper portion of Rodney Falls in September 2017

There are a number of waterfalls on the Washington side, though they’re not as well advertised or always as accessible. Woodburn Falls and Pothole Falls are both further west in the city of Camas. Rodney Falls and Hardy Falls are about 20 miles east in Beacon Rock State Park.

The hike to both falls is on the medium/moderate side. It’s about a 2.5 mile round-trip, but it is consistently uphill on the way to the falls. As I hiked along, there were remnants of ash from the other side of the gorge! It makes you realize how forest fires could travel even across a rather large river. The hike is not difficult to follow until you get very near the end. And then it’s just a bit confusing about where you should really focus your effort and attention.

I would usually separate posts about these two falls, but Hardy Falls isn’t worth a separate post. There is a spur that leads to an “overlook” of Hardy Falls, but it was almost impossible to see the falls due to plant growth. It might be a better view in the winter months when leaves aren’t on the trees. I’ve read that there is a way to get to the base of Hardy Falls, but it seems rather precarious to me. It’s a 90′ waterfall, and it wasn’t clear how you’d get to the base. I thought following some of the trails would lead me closer, but they didn’t.

If I were to go in the summer, I would instead focus most of my time and energy on Rodney Falls, which is a bit further upstream along the same stream. At 80′ overall, it’s not as tall as Hardy Falls, but it is much easier to view. The biggest drop is approximately 40′ if I understand correctly, and while you can’t get directly next to the falls, you can get very close. It’s actually a very cool view.

Where in the World is Hardy Falls and Reagan Falls? 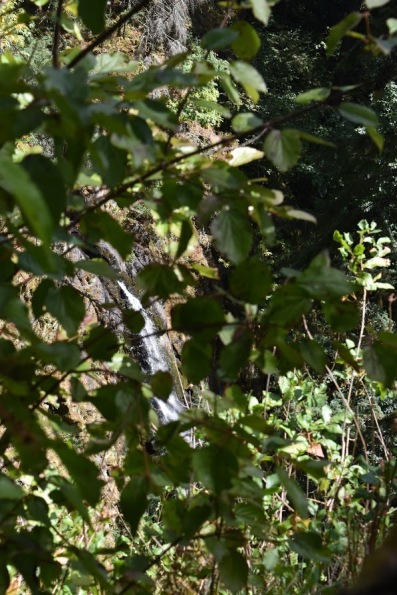 One thought on “Rodney Falls (and Hardy Falls), Washington”